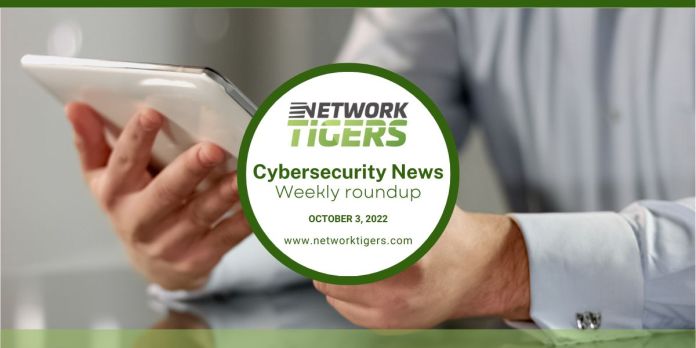 A new US and New Zealand-targeting phishing campaign has been discovered in which threat actors create fake job postings for government positions, only to target respondents with Cobalt Strike malware. The attack begins with an email that appears to come from the federal government for US victims or New Zealand’s most prominent federal union. Because the tactics used in this campaign are common, it has not yet been attributed to a specific threat group. Read more.

Ukraine’s Defense Ministry sounds the alarm, reporting that Russia is plotting to carry out potentially devastating cyberattacks targeting the country’s critical infrastructure. The anticipated efforts are believed to make Russian missile strikes against Ukrainian power suppliers more successful, and the warning follows Putin’s mobilization of 300,000 troops in response to the war is far from the slam dunk he was anticipating. Read more.

2022 has seen the IRS identity thousands of fake websites that target taxpayers by impersonating the agency or trusted banking and credit card institutions. Recent reporting shows that fraudulent texts purporting to be related to tax collection have skyrocketed into the hundreds of thousands, revealing an unprecedented level of activity. The IRS is reminding people that government agencies rarely attempt to make contact via text messages or phone calls. Read more.

American business and news magazine Fast Company has been hacked. The parties responsible used the outlet to push offensive notifications to Apple News subscribers. They claimed to have been able to hack the outlet with a password that was used for multiple accounts, including an administrative one. Fast Company has wholly taken down its website because of the hack, and the criminals are threatening to release employee records and draft posts on an online forum. Read more.

Chinese and Russian disinformation networks taken down by Facebook.

Facebook parent company Meta has reportedly removed several accounts associated with Chinese and Russian disinformation campaigns. The fake Russian accounts posed as legitimate brands and directed readers to fake pro-Kremlin websites. The Chinese campaign posed as Americans and posted inflammatory content about divisive issues, but it did not gain much traction before being shut down. Read more.

In a bizarre new post, the hacker claiming responsibility for hacking Australian telco Optus has apologized to the 10,200 individuals whose data was leaked but says that the company’s other customers are safe from fraud as the stolen information has been “personally deleted.” The poster is the same who demanded a ransom for the return of the data, but appears to be buckling under the pressure of the publicity of the hack and Optus’ unwillingness to pay. Read more.

A 17-year-old believed to be “TeaPot,” the hacker responsible for breaching both Uber and Rockstar Games, has been arrested in London. Authorities have not released the person’s name, but they seem confident in their guilt after collaborative investigations led by the FBI and the UK National Cybercrime Unit. Read more.

What we learned from listening to 1.5 million robocalls on 66,000 phone lines