Can virtual reality make a profile of your personality?

Virtual reality (VR) has the power to take us out of our surroundings and transport us to far-off lands. From a quick round of golf, to fighting monsters or going for a skydive, all of this can be achieved from the comfort of your home.

But it’s not just gamers who love VR and see its potential. VR is used a lot in psychology research to investigate areas such as social anxiety, moral decision-making and emotional responses. And in our new research we used VR to explore how people respond emotionally to a potential threat.

We knew from earlier work that being high up in VR provokes strong feelings of fear and anxiety. So we asked participants to walk across a grid of ice blocks suspended 200 metres above a snowy alpine valley.

We found that as we increased the precariousness of the ice block path, participants’ behaviour became more cautious and considered – as you would expect. But we also found that how people behave in virtual reality can provide clear evidence of their personality. In that we were able to pinpoint participants with a certain personality trait based on the way they behaved in the VR scenario.

While this may be an interesting finding, it obviously raises concerns in terms of people’s data. As technology companies could profile people’s personality via their VR interactions and then use this information to target advertising, for example. And this clearly raises concerns about how data collected through VR platforms can be used.

As part of our study, we used head-mounted VR displays and handheld controllers, but we also attached sensors to people’s feet. These sensors allowed participants to test out a block before stepping onto it with both feet.

As participants made their way across the ice, some blocks would crack and change colour when participants stepped onto them with one foot or both feet. As the experiment progressed, the number of crack blocks increased.

We also included a few fall blocks. These treacherous blocks were identical to crack blocks until activated with both feet, when they shattered and participants experienced a short but uncomfortable virtual fall.

We found that as we increased the number of crack and fall blocks, participants’ behaviour became more cautious and considered. We saw a lot more testing with one foot to identify and avoid the cracks and more time spent considering the next move.

But this tendency towards risk-averse behaviour was more pronounced for participants with a higher level of a personality trait called neuroticism. People with high neuroticism are more sensitive to negative stimuli and potential threat. 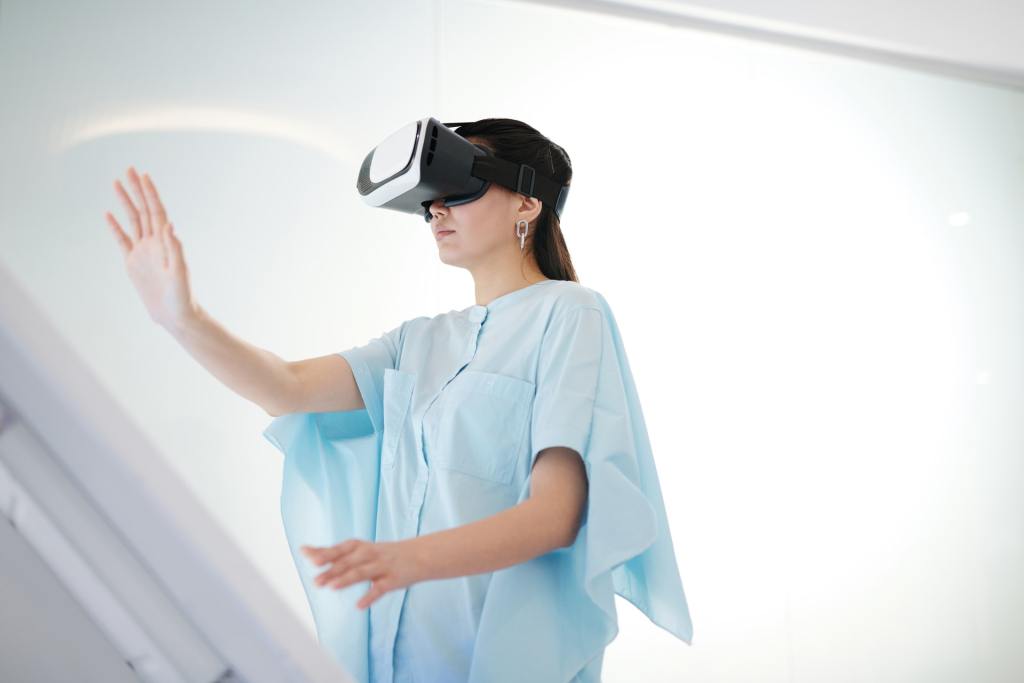 Photo by Darlene Anderson on Pexels.com

We had participants complete a personality scale before performing the study. We specifically looked at neuroticism, as this measures the extent to which each person is likely to experience negative emotions such as anxiety and fear. And we found that participants with higher levels of neuroticism could be identified in our sample based on their behaviour. These people did more testing with one foot and spent longer standing on “safe” solid blocks when the threat was high.

Neuroticism is one of the five major personality traits most commonly used to profile people. These traits are normally assessed by a self-report questionnaire, but can also be assessed based on behaviour – as demonstrated in our experiment.

Our findings show how users of VR could have their personality profiled in a virtual world. This approach, where private traits are predicted based on implicit monitoring of digital behaviour, was demonstrated with a dataset derived from Facebook likes back in 2013. This paved the way for controversial commercial applications and the Cambridge Analytica scandal – when psychological profiles of users were allegedly harvested and sold to political campaigns. And our work demonstrates how the same approach could be applied to users of commercial VR headsets, which raises major concerns for people’s privacy.

Users should know if their data is being tracked, whether historical records are kept, whether data can be traced to individual accounts, along with what the data is used for and who it can be shared with. After all, we wouldn’t settle for anything less if such a comprehensive level of surveillance could be achieved in the real world.

•Stephen Fairclough is a Professor of Psychophysiology in the School of Psychology, Liverpool John Moores University. This article originally appeared on TheConversation. 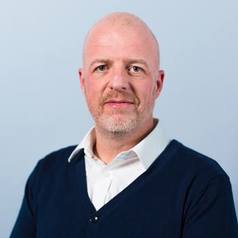 Stephen Fairclough
Stephen is a Professor of Psychophysiology in the School of Psychology at Liverpool John Moores University (LJMU). He has been involved in applied psychophysiological and neuroscientific research for over twenty-five years. His main areas of methodological expertise cover EEG, fNIRS and cardiovascular in both laboratory and field settings.
Cybersecurity News