Should you implement network segmentation for better cybersecurity?

Store
Search
HomeIndustry NewsHigh-tech plan to extinguish wildfires in an hour is as challenging as...
Industry News
September 16, 2020 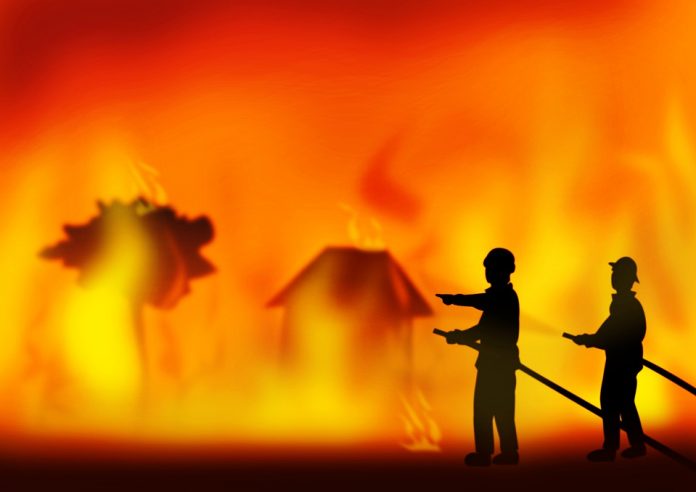 The philanthropic foundation of mining billionaire Andrew “Twiggy” Forrest has unveiled a plan to transform how Australia responds to bushfires.

The Fire Shield project aims to use emerging technologies to rapidly find and extinguish bushfires. The goal is to be able to put out any dangerous blaze within an hour by 2025.

Some of the proposed technology includes drones and aerial surveillance robots, autonomous fire-fighting vehicles and on-the-ground remote sensors. If successful, the plan could alleviate the devastating impact of bushfires Australians face each year.

But while bushfire behaviour is an extensively studied science, it’s not an exact one. Fires are subject to a wide range of variables including local weather conditions, atmospheric pressure and composition, and the geographical layout of an area.

There are also human factors, such as how quickly and effectively front-line workers can respond, as well as the issue of arson.

A plan for rapid bushfire detection

The appeal of the Fire Shield plan is in its proposal to use emerging fields of computer science to fight bushfires, especially AI and the Internet of Things (IoT) network.

While we don’t currently have details on how the Fire Shield plan will be carried out, the use of an IoT bushfire monitoring network seems like the most viable option.

The IoT network is made of many wireless connected devices. Deploying IoT devices with sensors in remote areas could allow the monitoring of changes in soil temperature, air temperature, weather conditions, moisture and humidity, wind speed, wind direction and forest density.

The sensors could also help pinpoint a fire’s location, predict where it will spread and also where it most likely started. This insight would greatly help with the early evacuation of vulnerable communities.

Data collected could be quickly processed and analysed using machine learning. This branch of AI provides intelligent analysis much quicker than traditional computing, or human reckoning.

A wireless low power wide area network (LPWAN) would be the best option for implementing the required infrastructure for the proposal. LPWAN uses sensor devices with batteries lasting up to 15 years.

And although a LPWAN only allows limited coverage (10-40km) in rural areas, a network with more coverage would need batteries that have to be replaced more often — making the entire system less reliable.

In the event of sensors being destroyed by fire, neighbouring sensors can send this information back to the server to build a sensor “availability and location map”. With this map, tracking destroyed sensors would also help track a bushfire’s movement.

While it’s possible, the practicalities of deploying sensors for a remote bushfire monitoring network make the plan hugely challenging. The areas to cover would be vast, with varying terrain and environmental conditions.

Sensor devices could potentially be deployed by aircrafts across a region. On-ground distribution by people would be another option, but a more expensive one.

However, the latter option would have to be used to distribute larger gateway devices. These act as the bridge between the other sensors on ground and the server in the cloud hosting the data.

Gateway devices have more hardware and need to be set up by a person when first installed. They play a key role in LPWAN networks and must be placed carefully. After being placed, IoT devices require regular monitoring and calibration to ensure the information being relayed to the server is accurate.

Weather and environmental factors (such as storms or floods) have the potential to destroy the sensors. There’s also the risk of human interference, as well as legal considerations around deploying sensors on privately owned land.

While statisticians can provide insight into the likelihood of a bushfire starting at a particular location, bushfires remain inherently hard to predict.

Any sensor network will be counter-acted by unpredictable environmental conditions and technological issues such as interrupted network signals. And such disruptions could lead to delays in important information reaching authorities.

Potential solutions for this include using satellite services in conjunction with an LPWAN network, or balloon networks (such as Google’s project Loon) which can provide better internet connectivity in remote areas.

But even once the sensors can be used to identify and track bushfires, putting a blaze out is another challenge entirely. The Fire Shield plan’s vision “to detect, monitor and extinguish dangerous blazes within an hour anywhere in Australia” will face challenges on several fronts.

It may be relatively simple to predict hurdles in getting the technology set up. But once a bushfire is detected, it’s less clear as to what course of action could possible extinguish it within the hour. In some very remote areas, aerial firefighting (such as with water bombers) may be the only option.

That begs the next question: how can we have enough aircrafts and controllers ready to be dispatched to a remote place at a moment’s notice? Considering the logistics, it won’t be easy.

James Jin Kang
Dr James Kang is currently teaching computing and security in Edith Cowan University after having worked in telecommuncaitions industry for more than 20 years. He recently visited Africa to work for NGOs as a volunteer IT advisor sponsored by the Australian government (DFAT).
Opinion & Analysis