How is Big Tech helping in the fight against Covid-19? 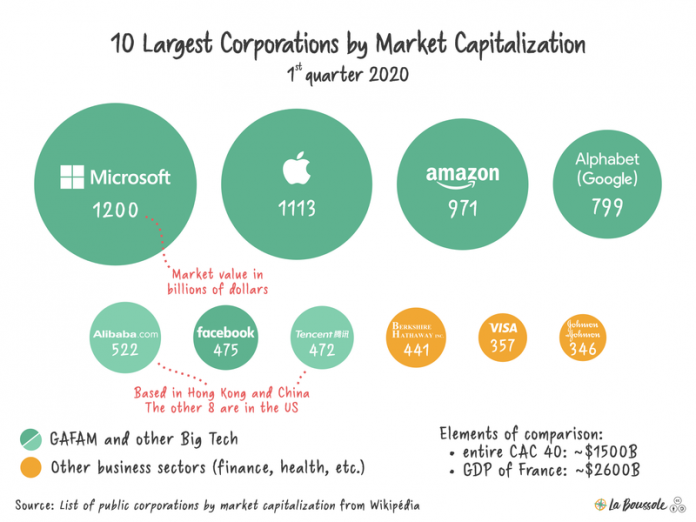 In the ongoing global crusade against COVID-19, everyone has a part to play. As the situation intensifies, the private sector has also been rallying to help governments and healthcare organizations cope with the situation, and U.S. tech companies are no exception.

With a combined market capitalization of over $4.7 trillion, the “FAAMG” Five—Facebook, Amazon, Apple, Microsoft, and Alphabet (Google)—wield immense influence on the economy, as well as the potential to impact lives during this challenging time.

The biggest moves by Big Tech

In today’s data visualization, we look at the financial contributions being made by Big Tech giants in response to the pandemic. The main categories that these actions fall into are:

What is each company pledging in financial efforts to relieve the strain on those affected most by the ongoing crisis?

Many people rely on Google to find reliable news and resources during the pandemic. Google’s parent company, Alphabet, has focused its financial support towards small businesses and healthcare researchers, mainly through offering millions of dollars in advertising credits.

Google has also promised to ramp up the production of 3 million masks for the CDC Foundation. In addition, Google has partnered with Apple to create a secure and private contact-tracing tool to aid public health authorities.

Facebook is another massive platform through which information—and misinformation—spreads quickly and easily. Especially in times of crisis, the spread of poorly-vetted information can have a severe impact on our health and well-being.

To try and combat this, the company is allocating funds towards fact-checking, as well as supporting local media outlets.

Facebook and Alphabet will together match up to $15 million in donations to the COVID-19 Solidarity Response Fund, which has raised over $127 million to date.

During this unprecedented era of social distancing and lockdowns, the online retailer has become almost indispensable as ecommerce shoots up. Amazon has several initiatives on the go, including help to Seattle businesses and citizens, where its operations all started.

Technology is playing an immense role in tracking COVID-19 and the progress we’re making to end it. As a result, Microsoft is directing its financial efforts towards its AI for Health program.

On top of these, Bill Gates officially stepped off the board of Microsoft in mid-March to focus on philanthropic efforts. The Gates Foundation has poured $100 million into funding for coronavirus research, and plans to pump billions more dollars into research in the coming weeks, to speed up vaccine development and manufacturing.

Finally, Apple is putting all its donations towards supporting public relief efforts, both in China and other affected parts of the world.

Together, Microsoft and Apple contributed $2 million to the Seattle-based COVID-19 Response Fund, which has racked up $15.7 million in total donations to-date.

Looking at the information another way, how much money is flowing towards the various contribution categories?

Small businesses are the biggest beneficiaries of Big Tech’s economic relief, and understandably so—they are one of the most affected entities in the crisis. Healthcare research is also getting a boost, with funds focused on advancing potential treatments and vaccines in the pipeline, and supporting healthcare workers in the trenches of the pandemic.

As a majority of work and socializing migrates online, Big Tech has the most to benefit from the current situation. Their positive efforts to lend a helping hand may well be a strategy for uplifting their poor reputation in the media—but is it enough?

Some might argue that for these Big Tech companies, $1.25 billion is just a drop in the bucket. In fact, other Silicon Valley players are single-handedly matching these contributions, such as Twitter’s CEO Jack Dorsey who pledged $1 billion of his own equity towards relief efforts and education.

However, that’s also not to imply that these financial efforts are the only actions taken by the five companies in question. Many of them are building critical educational and data-driven technological solutions to help mitigate the COVID-19 situation as it unfolds.

It also goes without saying that the applications they’ve created are helping us remain connected and supported—making life in lockdown a little bit easier. 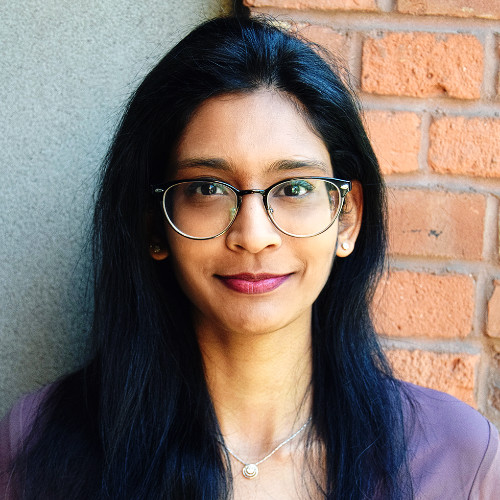