A brand is the unspoken starting point when you first encounter any object, person or idea. It’s the emotional, sensory and cognitive reflex that shapes how subsequent information is gauged. A key to successful marketing, therefore, is understanding that starting point.

By the same token, effective science communication depends on understanding the factors that influence public perceptions of science so that those doing the communicating – such as the research community, health professionals or governmental agencies – can advance greater public understanding of the science or motivate the actions of individuals, groups or society.

Through the marketing lens, then, what is the “brand” of science as an enterprise? It’s an especially important question during the COVID-19 pandemic, when headlines around the world have shifted global attention to the science surrounding the Coronavirus.

A March 2020 Pew Research survey asked Americans how they had felt about the Coronavirus over the previous week. People reported experiencing nervousness, anxiety, depression and even physical reactions, at least a little of the time.

But despite these uneasy feelings, nearly 3 in 4 Americans indicated they felt hopeful for the future.

As my communications colleagues and I find, hope is the starting point for how the public thinks and feels about science.

Hope for the future, based in science

ScienceCounts, a nonprofit organization working to strengthen public support for science  which I collaborate with, conducted a couple of polls that ask respondents a multiple choice question about what comes to mind when they hear the word “science.” What they found was clear: The U.S. public feels “hope.”

More important, the feeling of “hope” held across different demographics, regardless of political ideology. A survey scheduled for fall 2020 will test if these associations still remain, amid the coronavirus pandemic.

Hope is a complex emotion and it’s not new to science communication research. It’s a feeling of expectation and a desire for a certain outcome. In other words, hope is associated with a future reward, what psychologists refer to as a “payoff-minded” orientation.

But what exactly is the public hoping for? Is that future payoff a coronavirus vaccine? Is it a way to address climate change? Maybe it’s finding life on another planet, or discovering a breakthrough in artificial intelligence.

Hope is nuanced: Numerous personal values and beliefs influence what different segments of the public hope for and why. This ambiguity, I argue, is ultimately a benefit to the scientific community.

Science is a utility; it takes on meaning to the public once it is connected to issues that they care about. For example, segments of the public that are dismissive of scientific evidence surrounding science issues actually become more supportive of that evidence when the policy – a set of recommendations for future action – aligns with their existing worldview.

Connecting science to relevant societal values and beliefs is a key part of effective science communication. Leaders of the scientific community have called on scientists to develop closer ties to different public audiences. Decades of communication research inform how different stakeholders frame their messaging to align with different audiences.

But what’s at stake when there’s a disconnect between how different entities at the science-society interface position themselves in scientific debates is a fractured vision for the role science plays in society.

In a series of follow-up surveys, colleagues from ScienceCounts, the Alan Alda Center for Communicating Science, Michigan State University, the University of Texas at Austin and I dug into scientists’ own perspectives. We asked scientists from 27 different scientific societies as well as faculty and research staff at 62 public and private research universities the same question about how they think and feel about science. We wanted to see how their responses differed, if at all, from those of the general public.

What we found was a less consistent pattern: while only 6% of the public responded “joy,” 40% of scientists did. “Hope” was a close second, with 36% of scientists responding that way.

In contrast to the payoff-minded orientation of hope, joy suggests a “process-minded orientation”, where the day-to-day experience of conducting scientific research motivates the emotional response. This is not surprising: Most scientists enjoy the work that they do.

This gap between how scientists and non-scientists think and feel about science might have interesting implications for how one group communicates with the other about the scientific enterprise.

Understanding how consumers think and feel about a product or service is the essence of branding. Brands become a form of self-expression, and the goal of any marketer is to develop a communication strategy that can capitalize on it.

There is no doubt that science has evolved as a brand in its own right, with the global March for Science being one big expression of it. These demonstrations in 2017 pitted those who are “pro-science” against those they labeled “anti-science.” While many scholars have cautioned about the use of “us vs. them” tactics in science communication, the idea of a “war on science” left its mark on many citizens seeing science as a partisan issue, rather than a political issue.

Unpacking the different meanings of hope among both scientists and non-scientists is an important first step toward a unified vision for communicating the promise of science. What do people hope for within the context of science, and within what time frame? Understanding these different views of hope – and where common ground exists – is crucial for science to serve as a means to our collective well-being.

• Todd Newman is Assistant Professor of Life Sciences Communication, University of Wisconsin-Madison. This article was originally published at The Conversation. 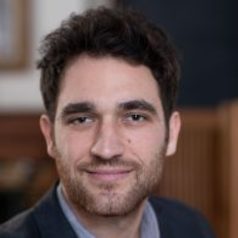 Todd Newman
Todd P. Newman is an assistant professor in the Department of Life Sciences Communication at the University of Wisconsin-Madison. His teaching responsibilities include courses in strategic communication and marketing.
Cybersecurity News