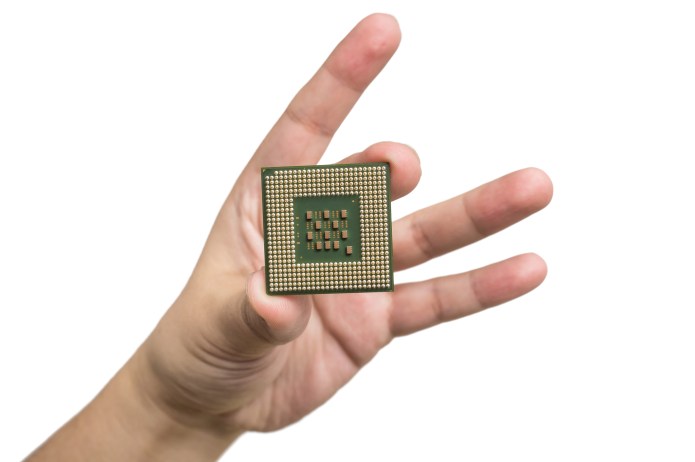 What if your computer could be hacked remotely, by someone who never gains direct access to your system – and never has to? No phishing emails, lost passwords, or physical access necessary; with the Hertzbleed computer chip attack, this kind of impossible hack becomes possible.

The Hertzbleed hack is a new kind of CPU targeting hack that has the possibility to affect almost every computer in the world entirely remotely. While currently slow-moving and in the exploratory phases for the most part, Hertzbleed has some new capabilities that make it especially concerning to cybersecurity experts.

What is the Hertzbleed computer chip attack?

Hertzbleed is a new development in the world of CPU side channel hacks. A side channel attack is a specific kind of data breach that works without the users’ consent or knowledge. Instead of requiring the user to download infected malware, or access unsecured web pages, a side channel attack like Hertzbleed hacks into a computer based on its constant time mechanisms.

How does a CPU hack work?

In order to understand Hertzbleed, it is first important to understand how it interacts with CPU. CPU, or central processing unit, is essentially the brain of every technological device we own. Your computer has a CPU that it uses to understand and execute commands. Functioning like a calculator, the CPU uses lines of 1s and 0s to communicate with other elements like your computer’s memory, RAM, and graphics card. Modern CPUs consist of multiple cores that can handle multiple lines of code at once, making technology function faster and more efficiently.

Enter the Hertzbleed hack. All CPUs leave a kind of physical signature. It might consist of elements like the noise your computer makes when it performs certain tasks, or how much it heats up. With Hertzbleed, hackers may even be able to read keystrokes and become able to translate sensitive information being transmitted. Alternatively, they may be able to analyze the amount of CPU being used to perform certain tasks, in order to learn what you’re up to when you turn on your laptop or computer. What’s especially terrifying about Hertzbleed is that the entire process can be deployed remotely. Hackers could act as essentially CPU mind readers from afar, learning about the computer’s usage and circumventing most kinds of protections while being based anywhere in the world.

How was the Hertzbleed attack discovered?

Researchers from University of Texas at Austin, the University of Illinois Urbana-Champaign and the University of Washington in Seattle banded together to discover and demonstrate the potential of the Hertzbleed attack. Their findings were released to Intel and then published in order to help underscore the risks that they uncovered: that Hertzbleed renders the mainstay defense against timing attacks, constant time programming, entirely vulnerable to remote breach.

Who is at risk of being affected by the Hertzbleed computer chip hack?

The Hertzbleed hack has been shown to have the capacity to affect all Intel and AMD processors. Together, Intel and AMD hold anywhere from 60 to 80% of market share on CPUs.

The good and bad news about Hertzbleed data privacy attacks

The good news about Hertzbleed is twofold: it was discovered by researchers under laboratory conditions, and brought to manufacturers’ attention before it was discovered being used by hackers organically. This gives data security experts a leg up on learning how to circumvent it.

Additionally, Hertzbleed is currently slower moving than other kinds of malware, spyware, or ransomware. It would take a long time to read large amounts of data using Hertzbleed. This means while Intel processors are at risk, the concern is greatest for cryptographic engineering practices. Stealing smaller amounts of data, such as passwords or individual encryptions, remains a very real threat using Hertzbleed. However, accessing the bulk of most users’ activity would likely take up much more time than would be worth it for hackers at the moment.

Still, researchers and data privacy experts say not to underestimate the new side channel hack. For one, the ability of Hertzbleed to be carried out entirely remotely is unprecedented, and could herald the creation of other kinds of faster side channel attacks in the future that would be even more dangerous. For another, Hertzbleed is not deterred by time invariant instructions. These kinds of code are effective against most side channel attacks by instructing the CPU to take the same amount of time regardless of what kind of command is being executed. This helps obscure larger or more important commands from spyware. Hertzbleed, however, is not fooled by this kind of programming, which has been the main defense of computer processing equipment since 1996.

Finally, even after being informed of the very real risk from Hertzbleed early on by researchers, neither Intel nor AMD currently have any plans available to address the possible breach. No microcode patches have been deployed to fix the problem, nor does it seem that the companies are sure how to move forwards.

Should you worry about Hertzbleed? If Intel and AMD’s response is anything to go by, the threat may not be immediate. However this new kind of remote timing hack technology has revolutionized the world of data breaches, and shows how quickly cybersecurity has to move in order to keep up with the latest trends from hackers.