What do Canada’s top CEOs think about remote work?

Is remote work here to stay? For millions of employees, the answer will depend on what their senior management decides

When the COVID-19 pandemic hit, millions of Canadians switched from working in a central office location to working from home. Days turned into weeks, and weeks have turned into months. Now it’s almost 2021, and millions of employees in Canada still work from home full time with no end in sight.

Many Canadians wish to continue working remotely once the pandemic ends, which raises the question: Is remote work here to stay? For millions of employees, the answer will depend on what their senior management decides.

In my recent research, I analyzed the language used by chief executive officers (CEOs) in quarterly earnings calls with investors and analysts. While the discussion of remote work was limited in the years prior to 2020, it was central in the public companies’ earnings calls this year.

Based on my analysis of hundreds of such calls, I will sketch what some of Canada’s top CEOs believe about remote work and its future in the corporate landscape.

Some jobs are better suited for remote work than others. Call centre staff, for example, are great candidates for remote work because their jobs involve little collaboration and their productivity is easily measured.

For this reason, it’s not surprising that CEOs of basic service companies — those in banking, telecommunication and insurance — that collectively employ hundreds of thousands of call centre staff were the first to claim a successful transition to remote work.

Videotron CEO Jean-Francois Pruneau confirmed on his company’s earnings call last August that his call centre staff is “assuring the same standards of excellence for our customers.”

Bell CEO Mirko Bibic stated: “By mid-April, service levels were back to what they were pre-COVID and our call centres resumed full hours of operation at the beginning of June.”

Roy Gori, CEO of Manulife, explained that the transition was seamless because the company “already had a matured work from home culture.”

For jobs that require collaboration among employees, and for which productivity is harder to measure, transitioning to remote work can be more challenging.

Consequently, team managers are more skeptical about how productive employees are when they work from home.

Edward Sonshine, CEO of the real-estate investment trust RioCan, illustrated this skepticism in July when he said to his investors: “Anybody who says everybody’s just as efficient working from their dining room table with a laptop as they are in an office doesn’t live in the real world.”

After spending some time working from home, however, many CEOs began to view remote work in a favourable light. Michel Letellier, CEO of the renewable energy company Innergex, said: “I must say that it changed the way I see work from home. I was a little bit skeptical at the beginning, but boy, it shows that we could still be quite efficient.”

Rob Peabody, CEO of Husky Energy, said that working from home “worked a lot better than I think all of us thought it was going to work.”

In the same vein, Alexandre L’Heureux, CEO of the engineering consulting giant WSP Global, initially expressed doubts in his May call before admitting in August that “the organization proved me wrong.”

Will Canadians work remotely after COVID-19?

Isolation is one of the main issues faced by employees who work from home.

When employees are separated from the office and each other, teams risk losing their sense of togetherness. For some CEOs, the possibility of damaging the company culture is a deal-breaker. Gary Berman, CEO of Tricon Residential, stated in August: “We really believe our culture is manifested and strengthened by being together in a physical office. And so, we will try to go back to that when we can.”

Gord Johnson, CEO of the engineering services company Stantec, said in August that the majority of his staff “want to go back to the office,” but could “work from home one day a week or two days a week.”For many CEOs, however, the optimal solution might end up being a compromise between working from home and going to the office each week. For example, John Chen, Blackberry’s CEO, said in his September earnings call: “If everybody worked from home forever, it will hurt productivity, it will hurt innovation. But I think there will be a hybrid model.”

Read more: ‘You may be hacked’ and other things doctors should tell you

Remote work and the future of urbanization

It didn’t take long for many CEOs and chief financial officers (CFOs) to realize that letting employees work from home would significantly reduce their real-estate footprint. Amy Shapero, CFO of the e-commerce platform Shopify, said in her company’s earnings call in July: “Most of our employees will work remotely on a permanent basis and leverage our office spaces when it makes sense.”

In the same vein, Allan Brett, CFO of Descartes, announced in May the “closure of several office facilities across the business, where we determined that employees can permanently work remotely.”

CEOs of large Canadian real-estate companies echo the future uncertainty of urban life. Mark Kenney, CEO of CAPREIT, said in August that although he doesn’t believe in the “end of urbanization … the desire to be in the core of a big city is eased right now.”

Read more: There’s a massive cybersecurity job gap – we should fill it by employing hackers

Although some CEOs remain skeptical about remote work, many have decided to make it a permanent fixture at their companies.

In a recent ADP Canada survey, 61 per cent of millennials reported they’d be happier if they worked from home for part of the work week. Some companies have already identified that offering remote work options might help them recruit higher-profile and international talent. 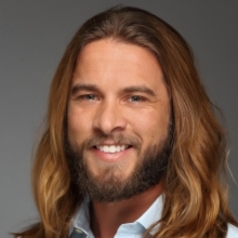 Jean-Nicolas Reyt
Jean-Nicolas Reyt is an Assistant Professor of Organizational Behaviour (OB) at McGill University in the Desautels Faculty of Management. He received a PhD in Management from Paris-Dauphine University. Prior to joining Desautels, he was a visiting scholar at New York University. He teaches OB classes at the bachelor, masters and doctoral levels.
Cybersecurity News