Store
Search
HomeNetwork NewsInternet traffic is growing 25% each year, how do we keep up?
Industry NewsNetwork News
May 29, 2020

Internet traffic is growing 25% each year, how do we keep up? 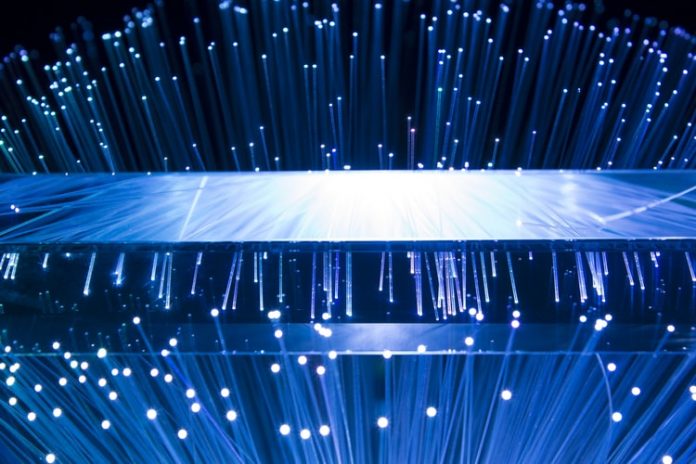 Our internet connections have never been more important to us, nor have they been under such strain. As the COVID-19 pandemic has made remote working, remote socialisation, and online entertainment the norm, we have seen an unprecedented spike in society’s demand for data.

Singapore’s prime minister declared broadband to be essential infrastructure. The European Union asked streaming services to limit their traffic. Video conferencing service Zoom was suddenly unavoidable. Even my parents have grown used to reading to my four-year-old over Skype.

In Australia, telecommunications companies have supported this growth, with Telstra removing data caps on users and the National Broadband Network (NBN) enabling ISPs to expand their network capacity. In fact, the NBN saw its highest ever peak capacity of 13.8 terabits per second (or Tbps) on April 8 this year. A terabit is one trillion bits, and 1 Tbps is the equivalent of about 40,000 standard NBN connections.

This has given us a glimpse of the capacity crunch we could be facing in the near future, as high-speed 5G wireless connections, self-driving cars and the internet of things put more stress on our networks. Internet traffic is growing by 25% each year as society becomes increasingly connected.

We need new technological solutions to expand data infrastructure, without breaking the bank. The key to this is making devices that can transmit and receive massive amounts of data using the optical fiber infrastructure we have already spent time and money putting into the ground.

Fortunately, such a device is at hand. My colleagues and I have demonstrated a new fingernail-sized chip that can transmit data at 40 Tbps through a single optical fiber connection of the same kind used in the NBN. That’s about three times the record data rate for the entire NBN network and about 100 times the speed of any single device currently used in Australian fiber (or fibre) networks.

The chip uses an “optical micro-comb” to create a rainbow of infrared light that allows data to be transmitted with many frequencies of light at the same time. Our results are published in Nature Communications today.

This collaboration, between Monash, RMIT and Swinburne universities in Melbourne, and international partners (INRS, CIOPM Xi’an, CityU Hong Kong), is the first “field-trial” of an optical micro-comb system, and a record capacity for such a device.

The internet runs on light

Optical fibers have formed the backbone of our communication systems since the late 1980s. The fibers that link the world together carry light signals that are periodically boosted by optical amplifiers which can transmit light with a huge range of wavelengths.

To make the most of this range of wavelengths, different information is sent using signals of different infrared “colours” of light. If you’ve ever seen a prism split up white light into separate colours, you’ve got an insight into how this works – we can add a bunch of these colours together, send the combined signal through a single optical fiber, then split it back up again into the original colours at the other end.

Optical micro-combs are tiny gadgets that in essence use a single laser, a temperature-controlled chip, and a tiny ring called an optical resonator to send out signals using many different wavelengths of light.

Optical combs have had a major impact on a massive range of research in optics and photonics. Optical micro-combs are miniature devices that can produce optical combs, and have been used in a wide range of exciting demonstrations, including optical communications.

The key to micro-combs are optical resonator structures, tiny rings (see picture above) that when hit with enough light convert the incoming single wavelength into a precise rainbow of wavelengths.

For our demonstration transmitting data at 40 Tbps, we used a novel kind of micro-comb called a “soliton crystal” that produces 80 separate wavelengths of light that can carry different signals at the same time. To prove the micro-comb could be used in a real-world environment, we transmitted the data through installed optical fibers in Melbourne (provided by AARNet) between RMIT’s City campus and Monash’s Clayton campus and back, for a round trip of 75 kilometres.

This shows that the optical fibers we have in the ground today can handle huge capacity growth, simply by changing what we plug into those fibers.

There is more work to do! Monash and RMIT are working together to make the micro-comb devices more flexible and simpler to run.

Putting not only the micro-comb, but also the modulators that turn an electrical signal into an optical signal, on a single chip is a tremendous technical challenge.

There are new frontiers of optical communications to explore with these micro-combs, looking at using parallel paths in space, improving data rates for satellite communications, and in making “light that thinks”: artificial optical neural networks. The future is bright for these tiny rainbows. 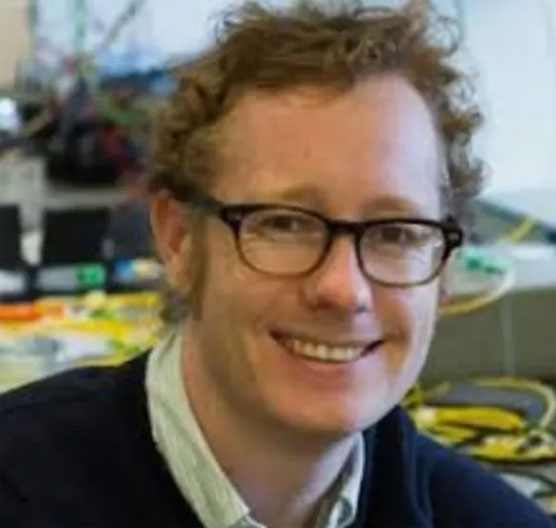