Here’s how we can save urban life after coronavirus

The COVID-19 pandemic restrictions have reminded us of the vital role public space plays in supporting our physical and mental well-being. We need to move, to feel sunlight and fresh air, and to see, talk and even sing to other people.

Lockdowns and “social distancing” have limited our participation in public life and public space. As a result, cities around the world are reporting declines in health and well-being. We are seeing increases in depression, domestic violence, relationship breakdowns and divorces.

What about the well-being of our cities? Avoiding walking and public transport in favour of cars could kill cities.

The trajectory of the pandemic suggests physical distancing could remain in place for some time. The subtle “step and slide” that people ordinarily use to negotiate their way through crowded urban spaces has given way to the very blunt act of “stop and cross”, as people try to avoid one another on footpaths that are too narrow.

We need to act swiftly to retrofit our public spaces so they are both safe and support social activity. Our goal must be to avoid a long-term legacy where people fear cities and other people. This is where approaches known as temporary and tactical urbanism come in as a way to quickly reconfigure public spaces to create places that are both safe and social.

As COVID-19’s impacts on public life become more evident, so has the abundance of street space left vacant by the substantial drop in vehicle traffic. Recognising this opportunity, cities around the world have begun repurposing street spaces for people.

Leading urban theorists, such as Jane Jacobs and Richard Sennett, have long argued that social interaction is the lifeblood of cities. The COVID-19 pandemic can be seen as an attack on urbanity itself.

But social/physical distancing should not preclude social interaction. Major cities around the world are responding by reclaiming street spaces for people to safely walk and cycle. They are acting quickly, because the need to increase public space for people is more urgent than ever.

How can this be done? After all, urban design proposals usually take months or years to realise. Tactical urbanism approaches overcome this by drawing on a palette of low-cost, widely available and flexible materials, objects and structures to quickly create new forms of public space.

In London, Berlin, Bogota, Philadelphia, Minneapolis, Vancouver, Mexico City and Milan, paint and traffic cones are being used to create bike lanes. In Dublin, parking spaces and loading bays are being reclaimed in the city centre to provide more space for pedestrians. At a national level, New Zealand has created a tactical urbanism fund for emergency bike lanes and footpath widening.

So what’s happening in Australia? Not much at present. Yet we face the same problems, prompting calls for urgent action to reclaim public space for walking and cycling.

Despite this, there has been little examination of locally specific design and implementation approaches that can rapidly deliver the urban spaces people need right now.

Temporary and tactical urbanism isn’t new to Australia. We’ve been doing it since the 1980s when Melbourne’s Swanston Street was transformed into a green oasis overnight. This helped to reimagine the city centre as a place designed for people, which shaped its long-term social and economic regeneration.

This, and other more recent projects, have proven temporary and tactical urbanism adds value beyond physical activity and social interaction. Successful schemes can increase the vitality of streets and neighbourhoods, engage local communities and enhance a local sense of place.

Social enterprises and community groups are well placed to deliver such projects, because of their enthusiasm, agility and local networks. Governments also have a crucial role in enabling other actors and maximising public benefits. Every weekday between midday and 2pm, the City of Melbourne temporarily closes Little Collins Street between Swanston and Elizabeth streets with a removable bollard, giving over the street to pedestrians – it’s that easy!

Our cities’ urban spaces are full of such potential for greater flexibility, experimentation and innovation. For example, on-street parking can easily be converted into spaces for socialising and outdoor dining. A vacant space can become an outdoor cinema.

The COVID-19 pandemic and its associated restrictions have created an epic social experiment on a global scale. We argue that urbanity itself is at stake. What will cities be without the social interactions that enable us to exchange ideas, opinions, values and knowledge?

Can we afford to go back to the cities designed for cars that we have spent decades reshaping for people? If we don’t act now, the social life of cities that sustains our economy, creativity and culture is at risk.

We need to counter the social impacts of COVID-19 by experimenting at the micro scale of public space. Temporary and tactical urbanism offers simple, low-cost and agile solutions. We should act quickly to make streets safe and sociable during this crisis. The long-term health of people and cities depends on it. 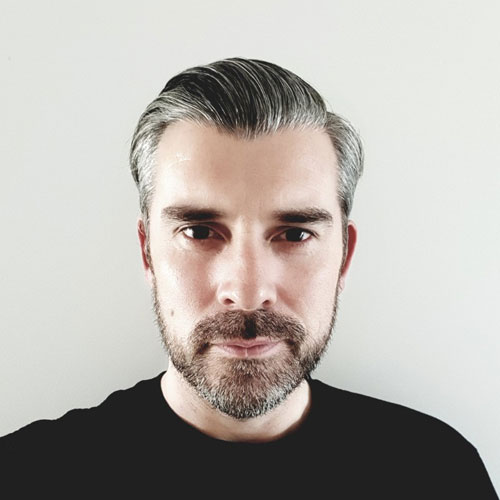 Jonathan Daly
Jonathan Daly is a Researcher at the School of Architecture and Urban Design, RMIT University.
Cybersecurity News