Could Covid bring in a new era of working from home? 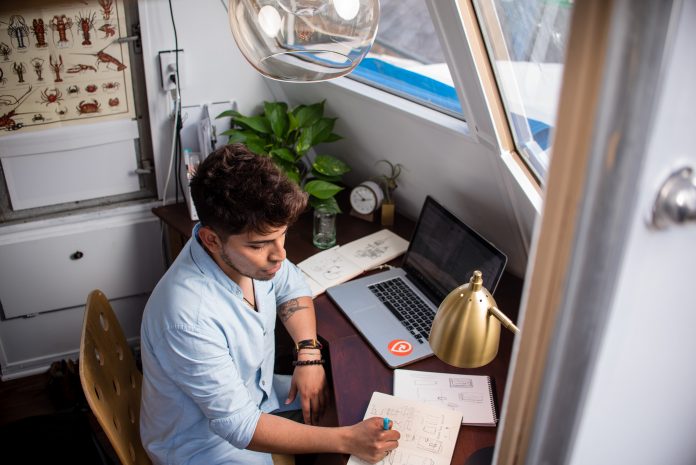 When a magnitude 6.3 earthquake struck Christchurch, New Zealand, on February 22, 2011, the capital city’s central business district was leveled — and hundreds of essential government workers suddenly found themselves working from home, scrambling to figure out how to get their jobs done without access to the office.

Some encountered technical difficulties, others had trouble managing teams. But most found the pros outweighed the cons, and agencies held on to remote work options.

“It was immediate telework,” says Kate Lister, president of Global Workplace Analytics, a consulting firm near San Diego that helps companies set up work-from-home polices. “And once it was over, they did not go back.”

Lister and other experts wonder if Covid-19 will have a similar, but wider-ranging, impact. So do the millions of people now working from home — pecking away on laptops at kitchen tables, logging onto online servers, and pushing their kids and pets out of view during Web meetings.

Lister’s (virtual) talks with companies are jam-packed, she says, with some attracting more than 1,500 people in recent weeks. Before Covid, it was “unheard of” to get even 300 attendees at a typical seminar, she says.

But the chaotic nature of the Covid-19 work-from-home experience might make it hard for scholars to assess how well it’s actually working for companies and workers — or predict its likelihood to remain a big factor in workplaces moving forward.

“There’s so much noise right now,” says Bradford Bell, an organizational psychologist at Cornell University who has studied companies’ transitions to permitting mobile work. “How would you evaluate the effectiveness?”

Assessing and understanding the merits and pitfalls of remote work is a problem that’s persisted for decades. Overall, the practice has expanded, if slowly. A 2016 survey conducted by the Society for Human Resource Management found that the percentage of American companies that offered telecommuting benefits had increased from 20 percent to 60 percent over the preceding 20 years. But that same year, a Gallup Poll reported that less than half of US workers spent any amount of time working remotely.

More recently, Gallup research revealed that the percentage of American workers who had worked from home doubled in the weeks between mid-March and early April 2020, to more than 60 percent. Three-fifths of people working from home said they’d like to keep doing so once the crisis is over.

Historically, advocates touted remote work as a perk companies could offer to attract and retain talented employees, as a strategy to save money on real estate, or as a preparedness measure to assure things keep chugging along during emergencies. But even as technology advances like computing and broadband access made the mechanics of working from home easier, many businesses remained skeptical of the practice — clinging to what’s familiar, and a belief that unmonitored employees won’t get anything done.

Famously, Yahoo abolished its work-from-home policy in 2013, arguing that keeping workers in the office promoted better collaboration and innovation. Retailer Best Buy followed suit a week later. More recently, the Trump Administration has rolled back telework privileges for federal workers. Even today, when social distancing has made going to the office impossible, some observers have focused on the difficult aspects of working from home: isolation, ergonomics, losing a routine.

“Managers don’t trust their employees,” Lister says. “They’re afraid that if they’re untethered, they’ll be out on the golf course or going to a movie or sitting on the sofa eating bonbons.”

The research reflects a more nuanced reality. Remote work is seldom all or nothing; many people work at home only some of the time. It can increase productivity. A 2007 meta-analysis in the Journal of Applied Psychology looked at 46 studies of telecommuting involving 12,883 employees. It found that remote work had positive effects on work-family balance, job satisfaction and performance — but that “high-intensity telecommuting” of more than 2.5 days per week harmed relationships with coworkers.

A 2017 look at research on alternative work arrangements, including remote work, in the Annual Review of Organizational Psychology and Organizational Behavior identified similar benefits. It also documented challenges for remote workers, including feeling lonely, isolated or not respected by colleagues; an increase in work-family conflict due to longer hours and blurred boundaries; and, in some cases, a tendency among workers who are encouraged to maintain work-life boundaries to “be less likely to extend themselves in crunch times, possibly increasing the workload of non-telecommuting coworkers.”

Fast forward to today, and Covid-19 has created a vast, if imperfect, natural experiment for scholars to further study remote work, on a mass scale. Gallup is doing its new polling; Lister’s firm, Global Workplace Analytics, is conducting an online survey aimed at helping employees develop better policies for telecommuting looking ahead. Bell has been talking with companies affiliated with the program he directs at Cornell, the Center for Advanced Human Resource Studies, to find out what kind of data they’re now gathering about remote work. He hopes to analyze it later on, once conditions normalize.

Ravi Gajendran, an organizational psychologist at Florida International University who coauthored the 2007 review in the Journal of Applied Psychology, says that he is “scrambling to find ways to collect data.” His past work has examined the importance of employee autonomy in the most successful telework arrangements (it’s crucial), and the interplay between job type and remote working success (the more complex the task, the bigger the performance boost telecommuting provides).

Organizational psychologists Kristen Shockley of the University of Georgia and Tammy Allen of the University of South Florida are heading up one of the first academic efforts to learn from the virus response. With funding from a rapid response grant from the National Science Foundation, the pair will survey companies between late April and early June to better understand what factors predict a successful transition to remote work.

Most research has compared telecommuters with non-telecommuters, Shockley says, but she and Allen want to look at how experiences vary within fully mobile populations (such as workplaces in the age of Covid-19). Is the nature of the organization what matters most, or the type of job the worker is doing? Does the technology a company employs make a difference — e-chat, versus phone, versus videoconferencing via Zoom? (Shockley, who is teaching from home with a young child in tow, finds the latter “depleting” because, she hypothesizes, it requires face-to-face interaction without the usual full array of social cues.)

“We don’t have any research out there at all about the adjustment to remote work, I think because most people who have been doing it wanted to,” Shockley says. “It’s a different situation than being forced to do it.” When there isn’t personal motivation driving the decision to work away from the office, who has an easier time with it, and why?

After the dust has settled, Gajendran believes the Covid-19 experience will swing the pendulum back toward companies allowing more remote work — on a limited basis, at the very least.

“This is going to change the conversation,” he says. “You’ll have a larger swath of employees who are going to say, ‘We did it then, we can do it again.’ … And managers are going to find it harder to say no.”

But he and others caution that the ultimate success of remote work in the future will depend on decisions that companies and managers won’t make until after the crisis has abated — when they can be far more deliberate about their practices.

“Typically, a company will take six months to a year to roll out a program like this,” taking special care to choose the right technology and the right security and the right HR policies and management practices, Lister says. “Here, people are thrown into the deep end of the work-at-home pool.”

For remote work to really take off, Gajendran adds, businesses are going to have to reinvent and recommit to those kinds of systems, no matter what comes of the strange work conditions created by Covid-19.

“Telecommuting is like any work arrangement or any work practice,” he says. “If the ecology is set up right, the practice can be successful.” 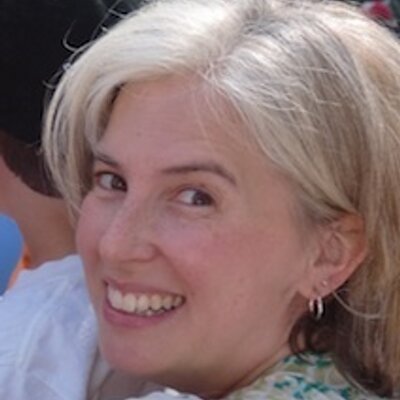