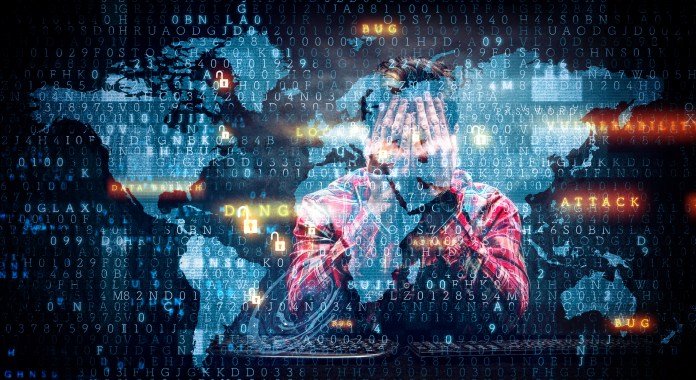 Cyberattacks, whether state-sponsored information probes or ransomware campaigns engineered for profit, can have paralyzing effects on supply chains, utilities, critical infrastructure and even public transportation.

As cybercrime and cyberattacks have become commonplace over the last few years for businesses and organizations of all sizes in all sectors, governments all over the world have been hard at work putting regulations and protections in place to help mitigate the damage caused by criminal activity.

However, not every country’s government has been doing their due diligence when it comes to protecting themselves or the population from the effects of cybercrime.

Small, politically unstable countries tend to have the worst cybersecurity.

Here is a list of 5 countries who have not prioritized data protection at a federal level and why they have failed to do so:

Myanmar, a country historically embroiled in decades of military conflict, coups and violent regime changes, has done little in the way of cybersecurity. It should come as little surprise that a country with such a volatile political climate does not seem to be preoccupied with meaningful cybersecurity legislation.

A military coup in February of 2021 saw the junta in power revive a previously proposed “Cybersecurity Law” which, in spite of its misleading name, provides no protection or regulatory rules with regard to cybercrime and instead allows the country’s authoritarian regime to access user data, block or takedown websites that they deem to be threatening and prosecute individuals who they feel to be in violation of the law.

Use of a VPN would result in up to three years in prison and the passing of the law would essentially mean that companies that operate social media platforms or other manners in which people may communicate with one another would be required to allow the government access to personal correspondences, messages and chats.

Myanmar does not have any data protection or privacy laws that ensure any degree of safety against the collection of information for nefarious purposes.

The country’s aggressive actions with regard to their version of “cybersecurity” is one of the many factors that make Myanmar a hotbed of human rights violations, corruption and danger.

Cambodia’s constitutional monarchy creates one of the more orderly governments compared to other countries on the list. While the King reigns over the nation, he does not have total power and, similar in fashion to modern England, is mostly symbolic.

Cambodia’s efforts with regard to cybersecurity have not been robust. Most of the country’s digital efforts have been geared towards censorship and ensuring that political opposition to the current authoritarian regime remains silenced.

Just this year, the country created a National Internet Gateway which is designed to filter all web traffic through a government-controlled entry point.

Government representatives claim that this is a tactic that will crack down on hacks and criminal activity. However, the latter term tends to not bode well when uttered by totalitarian regimes.

Cambodian authorities have already arrested and jailed a number of individuals, including a well-known Korean hip-hop artist, for voicing their views with regard to corruption and justice issues.

While Cambodia is making an effort to modernize and become more competitive on the world stage, the nation’s application of its version of cybersecurity measures does little to protect people from fraud and instead acts as a manner in which to maintain control over them and prevent dissent.

Honduras performs better than Cambodia and Myanmar with regard to protecting the data of its citizens thanks to a small degree of anti-cybercrime legislation, but considering the other two countries mentioned in this article that is hardly a laudable achievement.

Honduras has had a rocky political history marked by various exchanges of military rule decided by coups and violence. Since the 1980’s, the country has managed to move closer to democracy and has held elections in which the people vote on leadership. The country continues to struggle with widespread corruption and seems to be unable to fully shake itself free from its past struggles.

In keeping with a common theme on this list, the government in Honduras applies the phrase “cybersecurity” to laws that seek to filter and censor the internet more so than protect people from theft, fraud or crime.

However, after a staggering 500% increase in cybercrime from 2018 to 2020, law enforcement has been working harder to prevent banking and government institutions from falling victim to extortion and theft.

Honduras also suffered from cyberattacks in which hackers would hack into law enforcement data and erase criminal offenses, which likely did not sit well with those in power who wield the threat of incarceration to keep order.

It is difficult to determine if Honduras’ newfound appreciation of cyber protections has to do with maintaining control of the population or actually preventing real crime.

Tajikistan is a small, land-locked country in central Asia that has historically found itself embattled by civil war with neighboring countries such as Afghanistan, Pakistan and Russia supporting various factions as they wrestled for control.

Unsurprisingly, this has resulted in a nation that is currently under authoritarian rule.

Central Asian countries are among the least cyber secure in the world, with Tajikistan itself ranking as the worst. Much of this is due to an economy of counterfeit or cheap electronics and devices that tend to include malware and software that is not officially supported by manufacturers or major developers.

This malware rich environment means many devices are compromised.

Low electricity costs make Tajikistan a prime target for hackers who commandeer hardware to use them to mine for crypto. Local laws regarding cryptocurrency trading are commonly broken, with law enforcement arresting those deemed guilty of hijacking computers to do so but having little effect on the country’s internet security in general.

The North African country of Algeria, whose military brokers power and generally makes political decisions with the help of a select few unelected individuals, has found itself repeatedly at the bottom of the list when it comes to cyber secure countries.

While very few cybercrimes are launched from the nation, it has astounding rates of malware infection among electronic devices and little to no regulations or laws affording people any protection of their data.

Despite cybersecurity laws and oversight agencies having been developed years ago, neither have been formally established, enforced or installed leaving the country completely open to attack with nothing standing between citizens and hackers.

With even the most developed and advanced nations on Earth struggling to both keep up with and spread awareness regarding cybersecurity, it’s little wonder that data privacy and protection is low on the list of priorities within countries that are controlled by corrupt, tumultuous authoritarian regimes.

A common thread running through the countries on this list is the framing of “cybersecurity” as a means by which the ruling class can censor, control and limit access to information that they feel is counter to their grip on power.

It is likely that these countries will continue to be hotbeds of cybercrime, hacks and malware until or unless they experience order under governments that are more concerned with the country’s overall economic health and international standing as opposed to their own individual wealth and power.

MORE ESSENTIAL READING:
➤ Should your company invest in dark web monitoring?
As hacks, ransomware attacks and data breaches occur with increasing frequency, many companies are enlisting third party dark web monitoring...
➤ How to measure the impact of a cybersecurity breach
Data breaches entail reputational damage and costly remediation activities, making them a complex financial issue for the entire business. Minimizing...