Why do hackers love cryptocurrency? 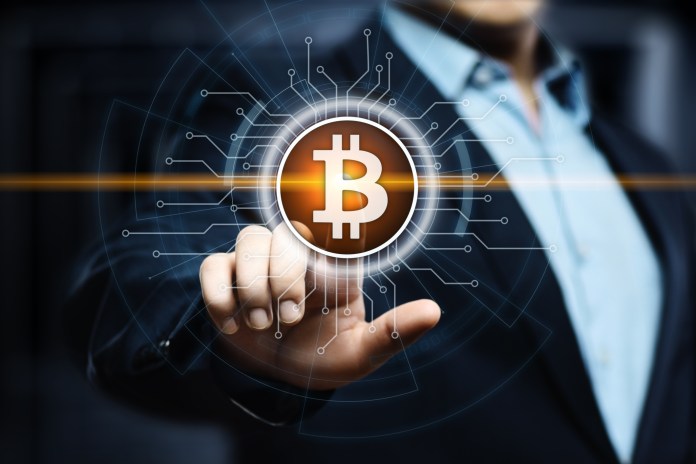 The last few years have seen a dramatic rise in the popularity and implementation of cryptocurrency both as an investment and through online transactions. As more people have looked to decentralized finance as a bold new economic strategy, the criminals have been quick to advance.

Why is it that ransomware gangs so frequently ask for payouts in the form of cryptocurrency and why are thefts of crypto becoming so common?

First, let’s briefly explore what cryptocurrency and DeFi are:

Cryptocurrency is money that exists digitally. Unlike currency in your bank or stocks, however, there is no central issuer or regulatory authority. Transactions are made secure due to encryption and records of financial movement are kept via a database known as the blockchain.

Decentralized finance, often shortened to DeFi, is a general term used to refer to emerging cryptocurrencies and the marketplaces in which they exist.

For hackers, the most attractive characteristic of cryptocurrency is the degree of anonymity they allow. While online privacy is a priority that all individuals should aspire to, hackers and cybercriminals absolutely require it in order to operate successfully.

Because there is no government oversight with regard to crypto accounts and transactions, pseudonyms are typically employed in place of actual names. While this does not provide total anonymity on the surface for average users, criminals have devised ways in which to further bury any details that can be used to trace them by leveraging anonymizing services to further distance their funds from any identifying records.

An entire world of crypto laundering methods are employed by today’s criminals. From “tumblers” that break large amounts of money into smaller amounts across various crypto types to more traditional means such as shell companies and gambling schemes, the foundational characteristics of crypto currency provide ample ground for further illicit activity.

One of the first known ransomware attacks occurred in 1989. It involved a virus available on a floppy disk and required victims to mail a payment of $189 to a P.O. box in the country of Panama in order to regain control of their computer.

The advent of cryptocurrency in 2010, and its subsequent and growing adoption and acceptance, has allowed cybercriminals to grow their enterprises and ask for huge sums of money that can be quickly transferred digitally and then immediately hidden and distributed through various crypto wallets.

Just as increases in both the speed and power of internet connectivity have made doing global business quicker and easier, so too has it created a wealth of possibilities with regard to cybercrime and illegal activity.

Law enforcement in the dark

History reveals that law enforcement often finds itself playing catch up when it comes to tech-savvy criminal behavior. The explosion in online crime has shed light on this troubling fact as few other events could, with even the FBI having its own email recently hacked as the organization further positions itself as an authority on cybercrime.

As authorities contend with the Wild West nature of today’s internet and the speed at which criminals are able to adapt with and thrive within emerging opportunities, we have seen ransomware gangs time and again make off with huge amounts of money in spite of their brazen behavior when it comes to taking credit for attacks and public branding.

Until authorities are able to navigate DeFi in a way that allows for more transparency when needed, or remove the incentives that make crypto attractive for both law abiding individuals as well as criminals through regulation, it is likely that bad actors will continue to have the upper hand when it comes to disappearing after committing a crime.

Attacks targeting crypto platforms directly are on the rise

Websites that offer crypto services are also in the crosshairs, as the decentralized nature of the marketplace itself makes tracing criminal actions exceptionally challenging. Over the last few months, a number of high profile DeFi sites have been under attack:

Wormhole, a platform that allows users to send crypto between the solana and ethereum blockchains, had $320 million stolen after hackers exploited a vulnerability.

Crypto.com, the world’s largest crypto exchange platform, suffered a similar fate prior to Wormhole with hackers stealing $30 million from the site.

PolyNetwork suffered the biggest attack, losing $611 million and then shockingly offering the hacker a security role within the company. The individual opted for a bug bounty, offered in crypto of course, as opposed to a job.

What can be done?

Many individual investors who are familiar with the volatile nature of investing in cutting-edge DeFi platforms seem to accept that a degree of risk is not only inherent to the marketplace but also what gives crypto an alluring mystique. There will always be those among us who, whether in the form of high stakes poker or skydiving, experience excitement while profiting from “dangerous” or fringe activity.

However, crime should not be ingrained into the very nature of DeFi, nor can it be if crypto is going to continue successfully along its path of recognition and validation.

Thankfully, advancements are being made that might make some criminals think twice.

In the wake of the Colonial Pipeline ransomware attack, the FBI was able to recover the majority of the Bitcoin ransom that the company paid out to unlock their system. Showing that cryptocurrency is not, at least currently, the untraceable, anonymous currency it has been purported to be has likely had an effect on bad actors considering theft.

However, as blockchain technology becomes further embedded into online criminal activity, one can be sure that the demand for even more privacy and superior ways in which to scramble evidence and launder cryptocurrencies will result in a continually evolving game of cat and mouse between cybercriminals and the law.

The future of crypto and security

The world of crypto is a mixed bag at this point, with opinions varying wildly depending on who you ask. While editorialists and tech meda can’t seem to agree on whether or not crypto is a giant scam or a financial revolution, one thing remains true: love it or hate it, crypto is here to stay.

The US has been characteristically divided in its acknowledgement of crypto. Plenty of the public has been openly disdainful toward crypto due to a dislike of speculative investing and concerns over the carbon footprint of blockchain technology. However, recently elected New York City mayor Eric Adams has opted to claim his paycheck in Bitcoin, intending to shed light on crypto as the future of finance.

China, among other countries, has gone so far as to ban cryptocurrency completely within its borders. Meanwhile, El Salvador has just become the first nation to adopt Bitcoin as legal tender.

Whether a passing fad or the future of economics, it is clear that when it comes to cybersecurity and law enforcement, the public will be best served by authorities who impartially seek to make the DeFi marketplace a safe and constructive place to do business. In order to do so, our leaders will need to educate themselves on the nuances of the blockchain in order to propose and implement regulations that retain the attractive nature of crypto while also dissuading criminals from using those same features against the general public for acts of theft and laundering.