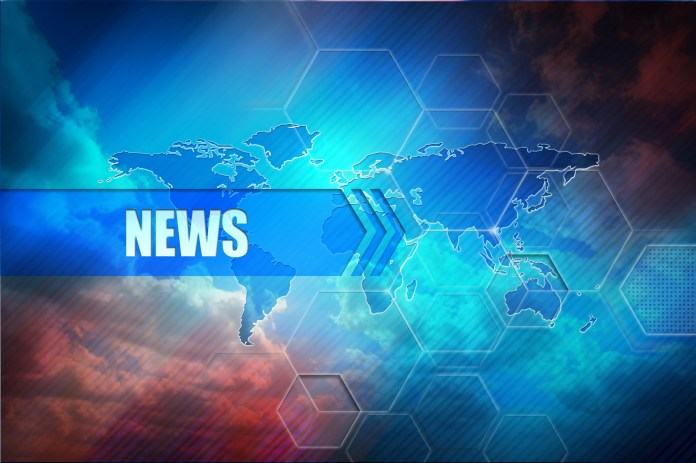 Following a purported attack to derail the most recent Eurovision song contest, pro-Russian hacking group Killnet has declared “war” on the Italian police and ten countries: the US, the UK, Germany, Italy, Latvia, Romania, Lithuania, Estonia, Poland, and Ukraine. The hacking group has allegedly selected their targets based on anyone supporting current Ukrainian resistance to Russian invasion. Government websites in Italy, Germany, and Romania have already been targeted by the cybercriminal team. Attempts to hack into the Eurovision song contest, which featured the Ukrainian folk-rap band Kalush Orchestra, were derailed by the Italian police. Read more.

China has been building a blockchain platform. What does this mean?

BSN, or Blockchain-based Service Network, is a newly announced blockchain network with ties to the Chinese government. In 2019, President Xi Jinping elevated the development of blockchain technology to a national priority for China. Blockchain is a decentralized network that records cryptocurrency transactions, enabling bitcoin investments. While cryptocurrency is fully banned in China, the minting and sale of NFTs is currently legal, as is the use of blockchain technology. Read more.

On Friday, trusted watchdog group the Better Business Bureau released a warning about a drastic uptick in scams targeting employees working from home. These cyber scams have taken several unprecedented new forms, especially in the southern United States, the BBB reports. Some of the most common new cyber scams being reported involve phishing attempts from cyber criminals posing as would-be employers. Fake job offers are then sent out, asking for personal information to follow up on employment opportunities. Read more.

A high-level employee of NSO Group, the makers behind spyware product Pegasus, pushed back against allegations that its technology is largely used to spy on governments, instead of terrorist organizations and other bad actors. Pegasus, a tool that can be installed on cell phones and collect data without the user realizing, has recently been accused of being used to target Catalan separatists, activists, government officials, and more in Europe and across the world. The United States has blacklisted the company due to concerns about misuse. Read more.

After enduring a month of crippling ransomware attacks, newly elected Costa Rican President Rodrigo Chaves, has declared a state of national emergency. Cybercriminal gang Conti, which has known ties to Russia, has taken responsibility for the attacks. The attacks have targeted the tax collection agency, customs, social security, labor administration, and more departments throughout the Costa Rican government. Just last week, the US State Department offered a reward of $10 million for information leading to the discovery of the identity of the main Conti leaders. Read more.

Throughout five Southern states across the US, six Historically Black universities have been tapped to receive cybersecurity training centers provided by IBM. This new initiative is meant to diversify cybersecurity training across underrepresented communities. The centers will provide funding, staff, technology, skills development, and hands-on experience to students attending the universities that have been selected. This initial launch is meant to be expanded to encompass over 20 more IBM-funded centers going towards Historically Black colleges and universities across the nation. Read more.

On Wednesday, the National Association of Water Companies (NAWC) launched their annual Cybersecurity Symposium in Washington, DC. One of the main focuses of the NAWC presentation is the unequal distribution of cybersecurity resources and prioritization across US water systems. The NAWC supports the development of a national standard for cybersecurity to avoid dangerous attacks. One such attack occurred in February 2021 in a Florida community, when a hacker remotely adjusted the balance of chemicals to turn the town’s water supply into poison. Read more.

The European Parliament has announced a provisional new directive called NIS2, aimed at improving cybersecurity cooperation in both private and public sectors across the European Union. Some of the new legislation involves a mandatory reporting period for cybersecurity breaches within 24 hours, setting minimum standards for software patches, and the imposition of financial penalties for companies and government actors that fail to meet the new shared standards. Read more.

The United Kingdom, which currently is home to the world’s oldest continuous running civil nuclear power program, has set out new cybersecurity strategies and guidelines to be met before 2026. One of the newfound risks pinpointed is supply chain issues, as well as third-party design for security standards and software. Nuclear power is currently considered a key player in the UK’s plans to reach net zero emissions. Read more.