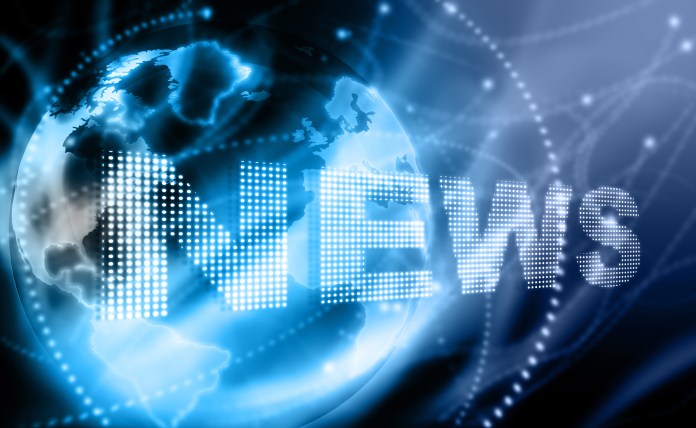 Los Angeles Harvard-Westlake, an elite prep school, has been targeted in a cyberattack that has accessed and stolen a decade’s worth of information associated with 150 alumni. The school is known for catering to Hollywood and industry elites. The school has reportedly contacted the FBI and the breach is currently under investigation. Read more.

In the wake of this week’s major hack of the internet’s most popular live streaming platform, Twitch was once again the victim. Twitch was found to have been deface, with a photo of a surprised looking Jeff Bezos replacing the background image for a number of the site’s pages. It is currently unclear if or how the defacement may be related to recent leaking of the site’s source code. Read more.

New cybersecurity mandates to be applied to U.S. railroad and aviation industries

The Transportation Security Administration will be imposing new mandates on both the railroad and aviation industries to create compliance with new federal priorities regarding cybersecurity. Companies that fail to follow government regulations pertaining to reporting cybersecurity breaches will result in fines. Read more.

According to Microsoft, 58% of the state-sponsored hacks the company has identified over the past year have been carried out by actors affiliated with Russia. The majority of these hacks have focused on intelligence gathering, targeting government agencies. The report states that China was responsible for less than 1 in 10 state-sponsored hacks over the last year. Read more.

Iowa grain cooperative recovering from cyberattack as another is hacked

Iowa’s New Cooperative is said to be recovering from a recent attack from ransomware gang BlackMatter. While the company’s computers begin to return to operational status, no update has been given regarding negotiations or whether or not the company has paid the gang any money. Meanwhile, yet another Russian hacking collective, BlackByte, has claimed to have stolen data from a different Iowa grain cooperative, threatening to release it if a ransom is not paid within 29 days. Read more.

Syniverse, a messaging service for carriers such as Verizon, AT&T and more, has revealed that earlier this year it discovered a breach that had been active since 2016. In a statement, the company says that it has reset the credentials of all users, even those thought to have not been affected by the breach. Syniverse went on to say that they will not be making any more public statements about the breach. Read more.

Live streaming platform Twitch has reportedly been hacked, as an individual on an online forum has provided a 125GB torrent that they claim contains the entirety of Twitch’s source code. Listed as “part one,” it would appear as though there is more data to come. The hacker claims that the reason for the breach is to “foster more disruption and competition in the online video streaming space.” No usernames or account information is included in the leak, but this data may follow. Read more.

Marten Transport, a Wisconsin-based trucking company, suffered a cyberattack that knocked down the company’s operating system. The company was reportedly unable to send rate confirmations or track loads as a result of the attack. The company’s phone lines were also affected by the breach. Read more.

Hacker claims to have data of 1.5 billion Facebook users

A hacker claiming to be in possession of Facebook user data from a four year scraping operation is looking to sell the information online. While samples shared by the user seem to be authentic, those who have sent them money are claiming to have received nothing in return, damaging the credibility of the hacker’s claims. The data reportedly for sale was not gathered via a hack and is publicly available. Read more.

The breach of high end retailer Neiman Marcus took place in May of 2020, but it reportedly took the company almost a year and a half to notice that the data of their customers had been compromised. While the company states that the majority of the credit card data stolen in the event are expired, the login credentials and other data involved is still troubling for customers and experts fear that more damage may be uncovered as the breach is investigated. Read more.

President Joe Biden has announced that there will be a transnational cybersecurity meeting held later this month with a focus on the rising threat of ransomware. The meeting will take place online and will be virtually hosted by the White House National Security Council. 30 countries are reportedly set to join the meeting as the Biden administration continues its efforts to fortify both business and government entities against malicious cyberattacks. Read more.