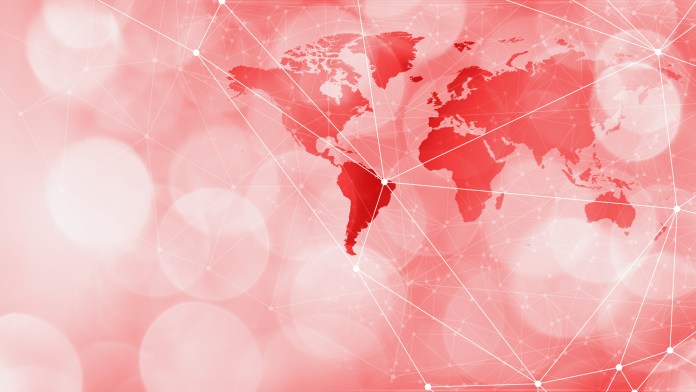 As tensions between Russia and Ukraine continue to escalate, experts and analysts are warning that a Russian cyberattack against the country could have a ripple effect across the entire world as banking and energy infrastructure bears the brunt of Putin’s aggression. Analysts also fear that Russia, if sanctioned, may launch retaliatory attacks on its global opponents as well. Read more.

Most ransomware is self-installed

Highlighting once more the importance of being able to identify harmful attachments and emails, Expel researchers have found that 80% of ransomware attacks take place after a victim has unwittingly downloaded or unzipped a package of malicious code. The findings are based on data collected from January 2021 to December 2021. Collected data also revealed that more than 90% of the incidents reported were business email compromise attempts. Read more.

Phishing scams and malware have been spreading most commonly in the form of fraudulent emails meant to impersonate those from shipping organizations like DHL and the USPS according to current research. The scams have become so prevalent that DHL has replaced Microsoft as one of the most commonly imitated brands. Read more.

The US federal government has revealed a strategy for implementing zero trust protocols across all government agencies and connected devices as part of President Biden’s 2021 executive order regarding government cybersecurity. Government organizations have 60 days to develop zero trust architecture in compliance with the order. Read more.

Users of Apple’s iOS are being urged to immediately update their systems, as Apple has patched a vulnerability within Safari that could potentially allow users’ browsing history and other data to be accessed. iPad and iPhone users should update their devices, even if Safari is not their preferred or default browser. The company’s iOS update is accompanied by a macOS update that also includes patches for critical security flaws. Read more.

Kentucky’s Taylor Regional Hospital has fallen victim to a cyberattack which has resulted in network outages. All systems, including phone lines, have been taken offline as the organization investigates the incident. Patients are still being seen in a limited capacity and paper record keeping is being used as the hospital works to regain full operational status. Read more.

Some of the Canadian foreign ministry’s internet operations were disrupted due to a cyberattack that was first noticed last week. No other government organizations were affected by the attack and critical services for Canadian citizens have not been disrupted. There is no current information related to who the attack came from or from where it originated. Investigations are currently ongoing. Read more.

County of Kings, located in mid-California state, has admitted that a third party contractor had misconfigured a database of COVID-19 information in such a way that unauthorized access was achievable via the government’s server. Data included limited citizen healthcare information and was present on the county’s system from February to December of 2021. Officials say that there is no reason to believe that any of the information was stolen or misused in any way. Read more.

According to findings from the Identity Theft Research Center, data breaches reported by US organizations increased by 68% over the last year to reach an all time high. The findings also reveal that reporting of incidents has become more opaque, with a 190% increase in reports that did not reveal the source of the breach itself. The manufacturing and utilities sectors clocked the largest increase in data compromises with reports increasing by 217% between 2020 and 2021. Read more.

Belarus activists, in an effort to disrupt Russian troop movement throughout the country as tensions with Ukraine continue to build, have reportedly launched a ransomware attack on Belarusian Railway. In return for full control of their system, the hackers are asking for “the return of 50 political prisoners in need of medical assistance and the prevention of Russian troops entering the country.” It is not likely that their demands will be met. Read more.

The recent cyberattacks against the Ukrainian government are widely believed to be Russian-state sponsored, with some intrusions having taken place in late 2021. While no official blame has been cast on Russia, the attacks have the hallmarks of a Moscow-led strategy and Ukraine’s cybersecurity agency’s preliminary research results support this conclusion so far. Read more.

Popular online game Dark Souls 3 has been found to contain a remote code execution exploit (RCE) that could allow hackers to gain control of a victim’s computer. Servers for the game were shut down after the exploit was made clear to the game’s publisher, Bandai Namco. Reportedly, the individual who discovered the exploit made multiple attempts to contact the company but did not receive a response. In order to generate a response from the publisher, the user began using the exploit via live streams on Twitch. Read more.