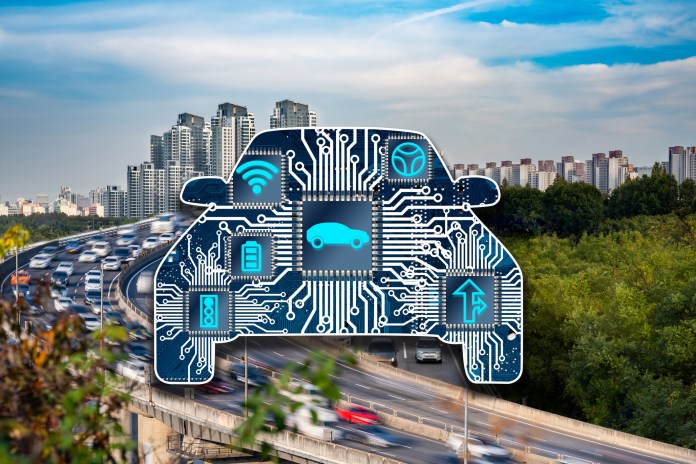 As 2023 begins, the global chip shortage continues to loom over a world in which everything from automobiles to kitchen appliances are built to depend on silicon microprocessors. Efforts have been made over the last year to address and curb the shortage.

Some of these plans are bold and may even signal a shift away from the global reliance on China to manufacture semiconductors. However, the shortage is still expected to cause pain across all economic and consumer sectors for the foreseeable future.

The chip shortage in 2023 explained

While some may be quick to point to a single reason we’re experiencing a chip shortage, the situation results from a complex combination of interconnected factors that have created a perfect storm. Here’s a quick refresher on how we got here:

Demand for electronic devices increased due to the COVID-19 pandemic

The pandemic led to unprecedented increases in staff needing electronics to work from home. People also sought to fill their time with entertainment that could be enjoyed without venturing into public spaces. As consumers and business owners flocked to the internet to purchase laptop computers, tablets, smartphones, TVs and game consoles, suppliers could not keep pace.

Disruptions in the global supply chain slowed movement to a crawl

Bottlenecks in the supply chain, including plant shutdowns, stay-at-home orders and thinning staff due to illness or concerns over the spread of COVID-19 further stymied production. Slowed or halted shipments left chip providers unable to fulfill orders in a timely manner.

Tensions between the US and China also played a role in exacerbating the issue. The complicated relationship between the nations often materializes as trade restrictions and price wars as they joust for influence on the world stage and dominance over one another. Before the pandemic, a series of tariffs were placed on Chinese semiconductors, resulting in fewer imports at higher prices for US buyers.

Effects of the global chip shortage

Rising demand and dwindling production of semiconductors made scarce devices that were easy to find previously. Many electronics could be purchased only from scalpers at sky-high prices. People accustomed to abundance and instant gratification suddenly had to wait indefinitely or fork over exorbitant amounts of cash for cars, video games and musical instruments.

The chip shortage led to downtime and layoffs among many companies. Automakers and technology industries have been hit particularly hard, as businesses attempt to streamline their workforces and weather shutdowns while still turning a profit.

The chip shortage’s effects on healthcare have been especially acute, as the pandemic was already straining workers and facilities to the breaking point. The same equipment shortages increased prices and high demand plaguing other sectors resulted in patients waiting for procedures or tests. Healthcare advocates, as a result, have made it known that medical device manufacturers should be prioritized when chip supplies come through.

What is being done about the chip shortage?

The CHIPS Act (Creating Helpful Incentives to Produce Semiconductors for America), signed into law on August 9th, 2022, aims to address the global chip shortage by increasing the production of chips in the US. It includes the following provisions:

More manufacturing facilities are being built

In the US, the chip shortage has spotlighted the country’s dependence on China for semiconductors.

Bolstered by the CHIPS Act, several manufacturers are laying the groundwork for new facilities across America. Arizona, Ohio, Texas and New Mexico are all seeing major companies create new fabrication plants within their borders. The $52 billion that the US government is pouring into persuasive incentives will likely result in more domestic facilities coming to fruition.

The US being more independent in chip manufacturing will prevent other countries from straining the American economy and alleviate some national security concerns associated with installing components made by rival countries.

Chip manufacturers, hoping to prevent shortages in the future, are working to implement predictive AI processes that can help them better understand what types of chips are likely to be in demand and when.

This will allow them to forecast the road better and recalibrate their operations to suit upcoming challenges without suffering a major disruption.

How long will the chip shortage in 2023 continue?

Expert predictions that the chip shortage would remain present through 2022 have proven correct. However, changes are taking place.

With the COVID-19 pandemic relatively under control and people socializing more regularly, buying habits have shifted from favoring products to services. This has resulted in devices that were impossible to find as recently as a year ago returning to store shelves.

Additionally, concerns over an economic recession and rising prices for gas and food have given people less disposable income and decreased spending across the board. This relaxation in demand has allowed chip manufacturers to inject supply into the market in some areas including computer graphics cards and processors.

Many chip buyers double-ordered during peak demand, attempting to hoard chips when restocking was expected to take months. Those customers now have those supplies to dip into as demand lessens, meaning they are placing fewer orders with the manufacturers.

However, in many sectors, the chip shortage still has serious consequences. For example, automobile prices remain at record highs as the industry continues to feel the impact of scarcity.

While new plants, new laws and lowered overall demand spell theoretical relief, the effects will take years to be fully realized. The first of the chip plants to have broken ground due to the CHIPS Act is not expected to be operational until 2024, barring any unforeseen setbacks.

China, viewing its dominance over the chip market as strategic leverage, may also throw a monkey wrench in the gears as they work to prevent a loss of power by strong-arming countries into continuing to support their economy as opposed to America’s.

It stands to reason that the chip shortage in 2023 will continue. A return to chip availability will be slow and will likely roll out sporadically across various sectors at different times. The last few years have been a rollercoaster of unprecedented international events, upsets and conflicts. A return to normalcy any time soon seems unlikely.

What was learned from the 2014 Sony Pictures hack?