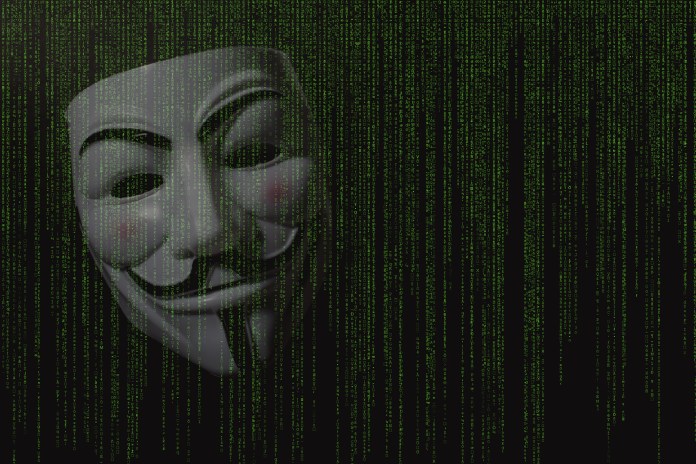 A brief history of Anonymous

While initially focused on online pranks and humor, Anonymous has become increasingly aligned with social justice issues starting with a 2008 campaign carried out against the Church of Scientology.

While the attacks levied against the church were largely meant to antagonize the organization by forcing fax machines to print ink-depleting black pages and subjecting their phone lines to prank calls, the efforts put the spotlight on the group and was their first foray into mainstream awareness. This also marked the moment that major media outlets took notice of the group, partly due to their adoption of the Guy Fawkes masks seen in the film and graphic novel “V for Vendetta.”

Anonymous has since claimed credit for hacking and disrupting organizations ranging from the Islamic State to major banks and even agencies within world governments with varying degrees of accuracy with regard to their claims.

Over the years, dozens of individuals associated with Anonymous have been arrested all over the world.

After 2016, the group remained nearly dormant until springing back to life in 2020 to vow “revenge” on the Minneapolis Police Department in response to the death of George Floyd.

Since then, Anonymous has remained fairly active. While decidedly nebulous and difficult to track, a former Anonymous member has described the group’s guiding philosophy as “anti-oppression.”

Anonymous’ actions, while perceived by many to be on the right side of history from a moral standpoint, are not to be confused with officially sanctioned instances of “white hat” or “ethical” hacking.

In the days following Anonymous’ declaration of war, Twitter account @YourAnonNews made posts that attributed takedowns of websites belonging to Russian oil company Gazprom, Russian news organization RT and a number of other government sites run by Russia and Belarus to the work of the group.

The account holder, who asserts that there is no “official” Twitter account associated with the collective, stated in a post that “Anonymous has ongoing operations to keep .ru government websites offline, and to push information to the Russian people so they can be free of Putin’s state censorship machine. We also have ongoing operations to keep the Ukrainian people online as best we can.”

Due to Anonymous’ brand, and the byzantine nature of tracing hacks in general, verifying the group’s claims can be challenging. It is possible that some of the activity the group is taking credit for has been carried out by loosely associated or even totally unrelated hackers. While some organizations may balk at the idea of maintaining a record largely based on self-declared attribution, Anonymous seems to revel in the idea that they are difficult to pin down and even harder to predict.

However, RT did confirm in an article that their website, along with the official website of the Kremlin, had indeed been knocked out by Anonymous.

Russia’s state media sources have falsely framed the conflict in Ukraine as a peacekeeping mission in a country that is experiencing a civil war as pro-Nazi militants, encouraged by the US and other western influences, attempt to take control of the government. For many regular Russian civilians, government news outlets that perpetuate Moscow’s narrative may be the only source of information that they have regular access to.

While China’s similarly authoritarian regime has created an effective firewall to prevent outside media from flowing freely into the country via the internet, Russia has not been as successful and only maintains an ironclad grip on traditional outlets such as television and radio.

Because of this, the Kremlin has been struggling to keep the population in the dark with regard to its operations. Protests have sprung up in Russia, led by those who see that what the government is stating as fact does not square with reports from outside the country.

In an effort to further control the media, Russia’s parliament recently passed a law that imposes a 15 year prison sentence on any journalist that questions or doubts the Kremlin’s official statements regarding Ukraine.

Adding fuel to the fire, Anonymous has set its sights on what they refer to as Russian propaganda, with the group claiming to have replaced government approved streams and broadcasts with anti-war messages, pro-Ukraine content and footage from news outlets outside of the country that includes video of ruined Ukrainian cities and missile attacks on civilians.

Even military radio has been attacked with hackers sending recipients “troll face” images, a drawing that has been circulating online for years and used to mock those on the receiving end of a prank or hack.

Is Anonymous’s hacking having an effect?

Anonymous, in spite of their efforts to turn the tables on who they deem to be oppressors, seem as though they aren’t yet fully able to leave behind their roots as mere online troublemakers. This could be due to the group’s foundational nature as a revolving door of presumably hobbyist hackers as well as its 4chan origins.

While social justice proponents enjoy Anonymous as a means by which to strike back at powerful organizations or individuals, the argument could be made that most of the group’s actions are more bark than bite.

Website takedowns may be disruptive, but they are far from devastating. This is especially true when the victims are multibillion dollar corporate giants like Bank of America or governments that can not only weather bad press but also resume normal operations swiftly.

Anonymous’ targeting of far-right hate groups and the channels they use to communicate online has similarly done little to curtail dangerous extremist groups, making it sometimes feel as though Anonymous is a mere inconvenience to their targets as opposed to the force of nature that their videos and social media accounts ominously make them out to be.

While the act of showing the Russian populace the actual results of the country’s military action in Ukraine is laudable, it is thus far unclear if the group’s efforts will actually have any meaningful effect when it comes to moving the needle on the average Russian’s opinion of the war or their likelihood to oppose it in the face of capital punishment.

Hackers on both sides

Anonymous hacking Russian media may not end the war, but many people opposed to Russia’s actions are satisfied with any amount of chaos, confusion or disruption inflicted on the country’s military.

However, it cannot be overstated that Anonymous’ activities are illegally undertaken by people who, presumably, are not operating under the direction of any government, military allegiance or strategy. While their sentiments and philosophy may be palatable to many, especially given current events, it is possible that their actions could interfere with international cyber operations and the danger of impacting intelligence gathering missions or other military operations is real.

It is also possible that Anonymous may provoke Russia to engage in more destructive cyber attacks against opposing nations in retaliation, although history shows that authoritarian leaders rarely require actual justification for aggression.

While official cyber ops are definitely taking place behind the scenes in an effort to dismantle Russia’s communication and tactics, Anonymous has always taken a proudly public stance with regard to their actions, which will undoubtedly put a target on them.

For its part, Russia has generally allowed hacker collectives and ransomware gangs to operate freely within its borders as long as it remains politically convenient. While ransomware gang REvil was dismantled some months ago in a move that many assume was meant to distract from Russia’s troops gathering at the border to Ukraine, others have become entrenched in the battle and declared loyalty to Putin.

Notorious ransomware gang Conti pledged loyalty to Russia and threatened to retaliate against the United States in response to what it referred to as “warmongering.”

Shortly after their declaration, the gang itself suffered a destructive data leak at the hands of a Ukraine sympathizer who some believe may have been a Conti associate, further displaying the chaotic nature of cybercrime and its overlap with cyber warfare.

Now on the world stage, it will be interesting to see how history views the involvement of civilian hackers like Anonymous on both sides of the first battle between developed nations to include a major cyber component.

With the lines between state and civilian involvement blurred both on the ground in Ukraine and online, as well as the pervasive nature of misinformation and propaganda on our digital outlets, the wars of the future may be even messier than we could have predicted.