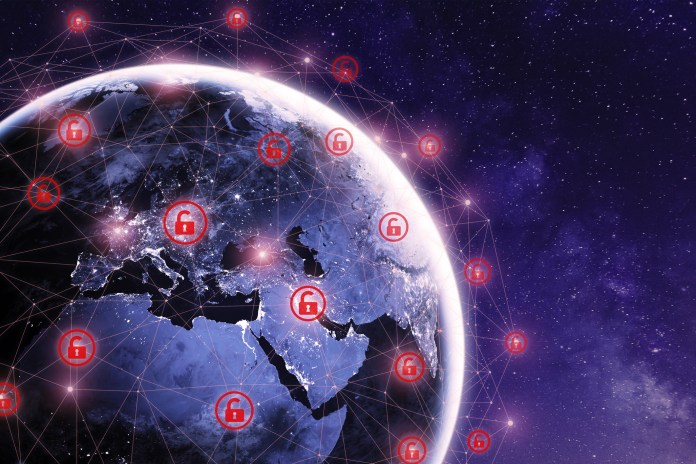 23-year-old Brooklyn man Maurice Sheftall is being accused by federal authorities of stealing thousands of dollars worth of groceries via other users’ accounts. Sheftall allegedly gained access to around 50 user accounts and used their credit cards to order $10,000 worth of groceries and items. He also blocked users from accessing their accounts after taking them over. The purchased goods were sent to the apartment of a person connected to Sheftall. Read more.

Furniture retailer IKEA is in the midst of battling a reply chain phishing attack in which malicious actors steal legitimate emails and reply to them with links that lead to malware. Because the emails appear to be from the company, users are likely to click them. It is believed that the attack is the result of hackers continuing to leverage a vulnerability within Microsoft Exchange. Read more.

True Health New Mexico, a healthcare insurance provider based in New Mexico, has reportedly been the victim of an October cyberattack. The breach occurred when an unauthorized user gained access to the company’s data, exposing the personal information of some 62,000 past and present members. Compromised data includes Social Security numbers, names, medical information and more. The company is offering complimentary credit monitoring for all affected users. Read more.

The Ukraine-based “Phoenix” hacking group suffered a blow as authorities have arrested five of its members. Phoenix has been active for the past two years, gaining access to users’ phones via phishing sites. Once a phone was successfully hacked, Phoenix would be able to withdraw funds from their accounts or sell their personal data to other interested parties. Read more.

Three cyberattacks to watch for in 2022

Trends indicate that three novel forms of cyberattack may become more prevalent in 2022. According to experts, “compensation scams” that fool people into thinking they are entitled to money as a result of COVID-19 vaccine side effects, automated AI-generated attacks and so-called “pump and dump” cryptocurrency campaigns are expected to increase in frequency as the new year unfolds. Read more.

Researchers have uncovered vulnerabilities present in Android smartphone chips that could allow unauthorized access into the devices belonging to those who download a malicious app. The vulnerability, when correctly exploited, could allow a third party to eavesdrop on audio calls. MediaTek, the manufacturer of the chips that contain the vulnerability, urge all users to keep their Android devices updated and say that no real wrld usage of this exploit has been reported. Read more.

A warning about the dangers of holiday ransomware and cybercriminals taking advantage of understaffed or unprepared IT departments associated with critical infrastructure has been issued by the FBI and CISA. A list of suggestions and precautions is provided, most of it standard security protocols that should be followed all year. The joint statement also provides links to resources and further reading about ransomware and cybersecurity. Read more.

On November 17th, GoDaddy noticed that an unauthorized user had accessed the web hosting company’s WordPress environment. According to GoDaddy, the user gained access using a compromised password and has gone undetected since at least September 6th. 1.2 million customers have been affected by the breach. GoDaddy is one of the world’s biggest domain hosting companies and has been the target of a series of attacks over the last few years. Read more.

The ProxyLogon and ProxyShell vulnerabilities that Microsoft created patches for months ago are still being exploited by opportunists who are more than happy to take advantage of those who have not updated their systems. The vulnerabilities allow hackers to infiltrate a network and send legitimate looking phishing emails using real domain names. Read more.

Vestas, a leading manufacturer of wind turbines, has reported that it has been the victim of a cyberattack. The attack comes in the midst of high demand for green energy equipment as well as supply chain hurdles that are already straining the company. Vestas had to shut down IT departments as result of the hack, but says that customers and business production has not been affected. Read more.

Could solar power stations in space be the answer to our energy needs?