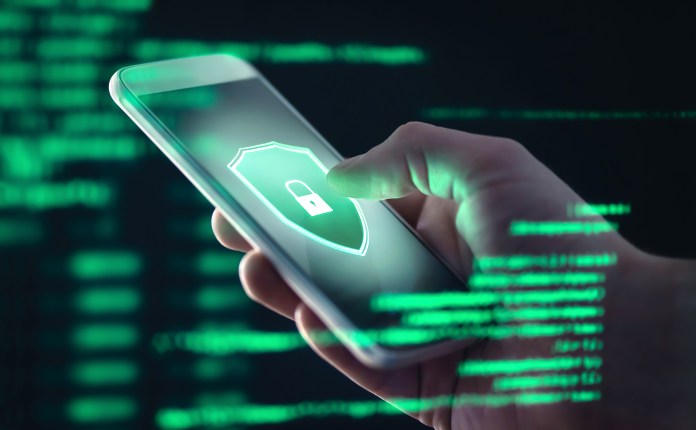 Why do phone hackers hack?

Hackers want control of sensitive information, and since most people keep sensitive data on smartphones, hackers know a smartphone is a potential treasure trove of exploitable data. No phone is safe, especially since hackers have access to sophisticated software to get what they want.

A few hackers believe they can use their power to hack for good and refer to themselves as hacktivists. Others hack to revenge a perceived wrong. Others work to make their name on the next big hack. Money drives a few, ransomware can help one make millions by finding and exploiting sensitive information. Data stored on a smartphone can open the door for any potential hacker.

How can you protect your phone from phone hackers?

Keeping up with new hacking methods is difficult because hacking methodologies change daily. Yet, the most common way hackers exploit phones is by having the end-user download a piece of software from a non-official site. These downloads expose a smartphone to malware and virus that can look through your phone for sensitive data.

If you download a clock or alarm app from a third-party site and that app asks for access to contacts, or camera, or microphone, be very wary.

Now that iPhones and Androids are hacked or exploited, there are many good antiviral apps are available from official download sites. We downloaded several different versions and discovered while good checking, they are really applications to offer dedicated VPN services. While a dedicated VPN service would be great if you are using public wifi often, you may not need this service if working from your home.

Businesses may offer downloadable proprietary apps and usually, these are safe. Recent Solarwinds and Kaseya hacks showed what happens when companies do not protect their codes. Avoid clicking on links from unknown sources. Always check unsolicited text messages that look official before clicking on any included links, too.

What are the common hacks?

Targeted attacks are very sophisticated and expensive. However, the typical phone user is not likely to be attacked in this way. Instead, an undocumented exploit usually makes these attacks in the operating system that can easily be patched once Apple or Google is aware of the issue. As the exploit would be patched on the same day, these are known as “zero day” exploits. When a “zero day” exploit is discovered, the hacker usually sells the exploit to government security agencies or is kept under wraps until the opportunity to use it is most opportune.

Always keep your phone in your possession. Commonly, people put their phones on tables in restaurants, leaving them exposed to a snatch and run thief. Unfortunately, many snatch and run thieves are not as random as one might believe. Even though phones have encrypted passwords, there is technology available to break through secure passwords. For example, software called Hide UI, created by Grayshift makes iPhone-cracking devices for law enforcement to track a suspect’s passcode when it’s entered into a phone.

Wifi and Bluetooth are also easily exploited vulnerabilities by an experienced hacker trying to hack mobile phones. Most data passed through a public wifi network is unencrypted. Anything you type or transmit can be stored and read by an exploited wifi router. You are best to use a VPN (virtual private network) when accessing public wifi. If you do not have a VPN service, you should disable wifi and Bluetooth when in a public space.

How can you identify a hacked mobile phone?

Many warning signs tell when your phone has been hacked. If you see one more of these activities, go to airplane mode or shut off the internet or BlueTooth access. Consider wiping the phone or taking it to an expert to remove the non-compliant application. Here are some indications of a potential hack:

1. Losing power and moving at a snail’s pace

If a phone has been hacked, it will typically lose the charge quicker than usual because malware drains the power in the background. Because malware also uses the smartphone’s processing power, the phone will run considerably slower than expected. Experiencing crashes and unusual restarts can also signal malware on the phone.

Watch your email for password reset prompts that were not requested. You may also get unusual text requests asking for resets or reset codes for apps, banks, or other sensitive information. If a business sends reset information, you should receive a notification letting you know it’s a legitimate request. When unsure, take steps to verify the request is genuine.

SMS trojans can tap your phone and impersonate you to further steal information from people you know. You may also see calls that you don’t recognize, and those could very well be a result of someone impersonating you. Seeing any of these signs should prompt a thorough check of your phone and information.

How do you recover from phone hackers attacks?

Eliminate the malware when discovered. Not only is business information potentially compromised, but personal data about online banking, social media accounts, email, and other private details are all at risk.

Protect yourself by contacting your workplace along with financial institutions or services so they are aware and can spot fraudulent activity. You may consider a full phone reset to wipe the slate clean and start over in some cases. It’s inconvenient, but having your private digital space violated is worse.

Keep hackers from being able to hack mobile phones in the future by enabling two-factor authentication. Biometrics is an excellent option in addition to your passcode. An RSA key fob could be another way to go in keeping information safe on your phone. Adopting VPN usage in public spaces is also a great way to keep data protected.