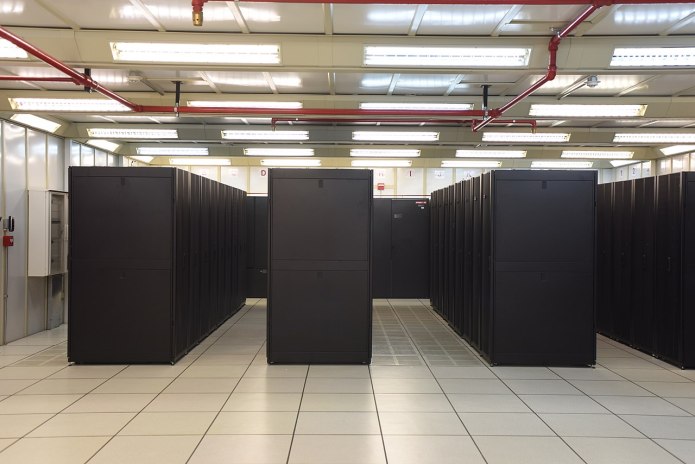 The exponential growth of data center network devices and high-power computing equipment has led to an increased need for a device that delivers power efficiently, while conserving rack space.

A Power Distribution Unit (PDU) is a viable solution as it provides electrical power and protection to all connected networking equipment. It draws power from an uninterrupted power supply (UPS) and distributes equal voltage to multiple devices.

Power Distribution Units are considered the backbone of data centers and networks as they provide reliable power to connected servers.

Given that each data center and rack environment has unique requirements, there are several factors you should consider before buying a PDU. This guide explores the different types of PDUs to help you choose the right design for your racks and cabinets.

You can opt for either single-phase or three-phase power depending on the type of power you are offered at the Colo. Before you can even consider what models of network devices you can install, you must first resolve the power question.

Single-phase power systems deliver one “line” of electrical power.  Commonly used voltages at US data centers are 120 volts (120v) and 208 volts (208v). Also in the US, the AC current runs on a 60-hertz frequency. This means the current runs in alternate directions at a frequency of 60 cycles per second. It’s also important to note that this alternating current is distributed by two wires: an active conductor and a neutral line.

The amount of power that can be drawn for practical use is called apparent power. A single-phase power system with 20 amp of current and 120 volts has an apparent power of 2400W (using the well known formula of Volts x Amps = Watts, or power). Environments that have small workloads – like residential communities – use 120v power.  When you choose to locate at a data center, for single phase power, you will have an option of 20A (Amps) or 30A for each of the voltages offered.

The best way to look at three phase power is as three lines, operating at different phases of the 60 cycle.  An ideal way to take advantage of 3 phase is to have a 3-phase PDU that has three banks of power, one for each phase.  For each device with redundant power supplies that you might have, power one power supply from one phase, and one from another.  The unit will then not see any of the single phase issues. Three phase power is normally 208V. A three-phase 208V, 20A feed delivers 7200W of apparent power.

READ MORE: The fourth agricultural revolution is coming – but who will really benefit?

Normal amperage provided on a home circuit is 15A.  Data centers will likely offer 20A or 30A and 120V and 208V.  In the US, circuits are downrated only to manage up to 80 percent of their maximum capacity – known as the load capacity.

The amperage level required depends on the amount of power the PDU can handle.

For instance: if your PDU has a 30A fuse, the maximum current you can draw before it blows is 24A. This could be divided into six circuits, each capable of carrying up to 16A each.

Once you have determined the type of power, the voltage and the amperage that you will be using, your next step is to determine what form factor you wish to have in your rack.  For high-power networking organisations, one centimetre of extra space is worth its weight in gold. The amount of space your PDU takes up depends on its orientation.

A rack PDU can be mounted in two orientations (or form factors) – horizontally or vertically:

Vertical PDUs (also called “Zero U” or 0u) look like tall power strips and are mounted on the upright rails to the side of a rack enclosure. They have become nearly omnipresent in high-powered computing centers, because they do not use rack space and can offer up to 40 outlets. They also tend to offer more receptacles per unit than their horizontal counterparts.

Most of the PDUs offered by APC are 0u or vertical PDUs.

Horizontal PDUs come in 1U or 2U heights and can be mounted in EIA-310 standard equipment racks. They tend to have fewer outlets because of their smaller size. They can be placed above, below or in between the rack components.

Horizontal PDUs are used when power loads are lower or when power protection is required via in-row UPS equipment.

APC recently released these with updated control boards under the original part number with a “b” suffix. 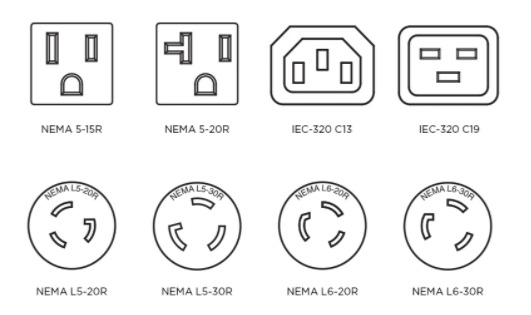 The most popular outlet combinations offered by manufacturers are the C-13 and C-19 outlets. In the United States, NEMA-style plugs are commonly used by PDUs. Other options like IEC-style plugs and California-style plugs (used for 50A circuits) are also found in some American data centers. Normal cord lengths are 10 or 12 feet.  Most Colo’s will be renting space on a raised floor and will offer power connectivity under the floor just below the rack or cabinet.  Power cord lengths can be customized if needed.  NetworkTigers recommends to keep the power source close to the connection points to limit power loss.

With plenty of types of available PDUs to choose from, it can be quite challenging to pick a PDU that fits perfectly with your rack design. To help solve the selection dilemma, here’s detailed analysis of each type of power distribution unit.

READ MORE: How algorithms run the world behind the scenes

There are four types of PDUs:

Basic PDUs are cost-effective, reliable and space saving solutions that satisfy a wide range of requirements. They add to the benefits of a UPS system by transforming a single high-amperage UPS outlet to multiple low-amperage PDU outlets.

A basic PDU is the easiest way to supply power to your IT infrastructure. However, they cannot be accessed through a remote network or provide power usage metrics.

They are also the perfect fit for smaller server rooms, closer to output points.

Metered PDUs offer the same functionalities as basic PDUs with added benefits. They can avoid potential overload and monitor load levels with an in-built current meter via a local display.

Metered PDUs are used by the power infrastructure of highly secure data centers that need to be isolated from other local networks.

APC metered rack PDUs normally follow this format AP78xx or AP88xx where xx are the various basic rack models. Commonly ordered basic rack PDUs are the AP7811, the AP8861 or the AP8861.

Users can monitor real-time analytics, regardless of location. Monitored PDUs can help prevent potential overloads by triggering alerts when they reach a specified threshold.

They also provide ‘daisy-chaining’ that ensures continuous data flow even during interruptions.

Switched PDUs are the zenith of power distribution systems.

The key feature of a switched PDU is the ability to remotely monitor and control the loads of the data centre.

Switched PDUs offer users complete control over their power usage and allow network managers to remotely reboot networking gear by turning on or off the associated power port.

These are highly valuable for any IT deployment, because they significantly reduce the need for hiring technicians to fix unresponsive servers or critical equipment.

APC switched rack PDUs normally follow this format AP79xx or AP89xx where xx are the various basic rack models. Commonly ordered basic rack PDUs are the AP7911, the AP7940 or the AP8941.

Network Tigers strives to engineer PDU solutions that supply efficient power and adapt according to the needs of the network operators.

Feba Maryann
Feba Maryann is a freelance journalist who writes for websites and magazines in Asia and North America. She is currently pursuing her Integrated Masters on Computer Science Engineering with a specialization in Data Science from VIT, Vellore.
Cybersecurity News