What is a computer network and what does it do? 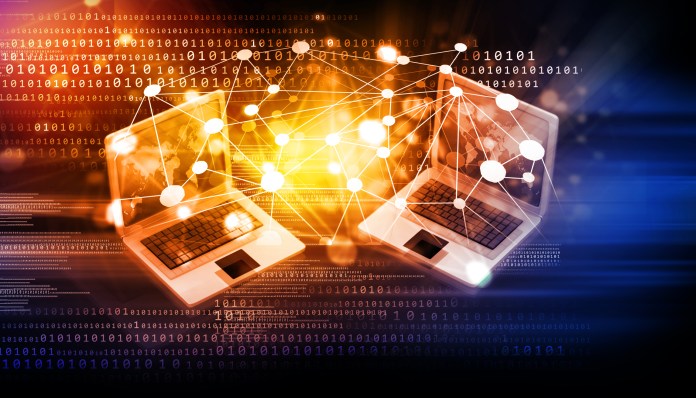 A computer network is a group of computers that use a set of common communication protocols over digital interconnections for the purpose of sharing resources located on or provided by the network nodes. The interconnections between nodes are formed from a broad spectrum of telecommunication network technologies, based on physically wired, optical, and wireless radio-frequency methods that may be arranged in a variety of network topologies.

To help make sense of that, here’s a quick guide to the terminology used to describe a computer network.

A computer is an electronic device that stores, retrieves and manipulates data and information. It performs calculations and operations by following instructions provided by a software program. Modern computers typically have a central processing unit (CPU) microprocessor and semiconductor memory chips. Laptop, desktop and servers are all examples of computers.

A node is any physical device on a network able to receive, send or forward information. A personal computer is a node, along with servers, printers, modems, switches and hubs. Nodes are identified with unique network addresses such as an IP (internet protocol) address or a MAC (media access control) address. Network addresses serve for locating and identifying the nodes by communication protocols such as the Internet Protocol. A node’s address allows it to be recognised. A node without this address or one that is offline can no longer function as a node in the network.

Network Technology is any technology that aids communication between people via a computer network and connected electronic devices. It includes all the hardware equipment, cabling, wireless adapters and software required to do this.

Network topology describes the way in which a network is arranged. This includes the physical and logical arrangements of nodes and devices and how they relate to each other. The design and structure of the network topology is important as it affects the speed, efficiency and security of the network. There are a number of common network topologies including Point to point, Bus, Ring, Star, Tree, Mesh and Hybrid. Network administrators choose the best type taking into account the requirements of businesses.

A computer network includes personal computers, servers, networking hardware and other specialised or general-purpose hosts (nodes). Each is identified by a hostname and network address. Hostnames are memorable labels for the nodes. A network can be as small as two computers on one desk connected to each other to share files or as large as tens of thousands of computers and devices connected at multiple international locations with hundreds and thousands of users.

Computer networks are classified by many criteria, including the transmission medium used to carry signals, bandwidth, communications protocols to organize network traffic, the network size, the topology, traffic control mechanism, and organizational intent.

Computer networks support many applications and services, such as access to the World Wide Web, digital video, digital audio, shared use of application and storage servers, printers, and fax machines, and use of email and instant messaging applications.